Google Authorship has been under severe scrutiny for the past month or two and deservedly so. When it was first speculated in early 2012, there was great excitement among many content marketers triggered by the fact that Google Authorship would enable them to build their author trust in the eyes of Google and be regarded as authority content creators in their respective niche. Now a year later after authorship was officially rolled out, Google is cutting down on the authorship rich snippet in the search results as Matt Cutts announced during his speech at PubCon. 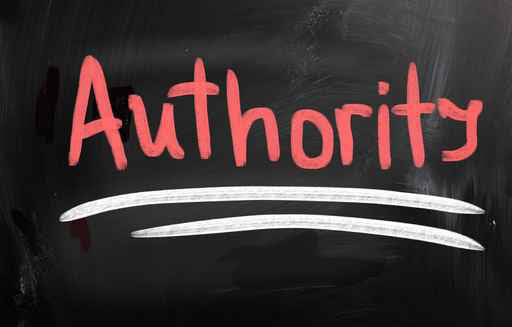 There is no surprise over the stunt that Google just pulled on the Authorship rich snipped reduction. Just like all the search updates that came before Google Authorship, they tend to be abused by online marketing professionals and Google always has to do what it does best, pull the plug or reduce the importance of that particular update, and then it’s on to the next search update. The question that one may be forgiven for asking is: did Google approach the authorship problem in a bad way? What was the use of Google Authorship in the first place? We will never get straight answers to these questions, because what Google is trying to do is give users the best user experience by providing them with quality search results. On the other hand, online markers do all they can to game Google in order to climb up in the search rankings. So Google cannot be blamed for trying to filter garbage from their search results and this Authorship reduction is one of those defense mechanisms.

The Google Authorship badge should have been given to authority sites instead of individual authors so as to cut down on spammers. At the moment the authorship rich snippet appears in search results for some sites that have been active for less than 3 months, which brings up the question of website quality vs. authorship. Below is a screen shot of a Google Authorship rich snippet for a blog that I own, which went live towards the end of October 2013.

The author (me in this case) might have some credibility on Google Plus, but the content is on a fairly new site. I am not saying the site does not dish out quality content on a regular basis, but how much of a site authority can you build in less than 3 months? The answer is you can’t build site authority in that short space of time even if you write new and quality content on a daily basis. So the above example is making something very clear in respect to Google Authorship, site authority is not counted when it comes to authorship rich snippets appearing in search results.

So this leaves Author Authority as the number one criteria for determining whether Google Authorship details should appear in Google search results or not. As Matt Cutts explained at PubCon, they are looking to improve the quality of the content that they serve to the users, so Google is reducing Authorship by up to 15%. That means if you find that your authorship and rich snippet is no longer appearing for your content and articles in the search results, you are deemed to be non-authoritative by Google. But it’s not the end of the world if you find out that your authorship is no longer appearing in the search results, with consistent quality content and strong Google+ presence you can regain your authorship status in no time.

In summary, the only thing we know for sure at this moment is that there has been a 15% reduction in Google Authorship rich snippet. The full details are not clear or conclusive, as is the norm when from Google because they never give a definite answer. This leaves search engine marketers speculating and drawing different conclusions.

One important thing that can be taken from this latest action by Google is that since they are starting to filter Authorship according to author credibility, they may have integrated Google Authorship into their ranking factors or are planning to do so.

Google Webmaster Tools Analyst John Mueller initially disputed the fact that Authorship had an effect on search rankings in a Google Webmaster Central hangout on the 27th of September 2013, but with Google you have to always expect the unexpected when it comes to their search updates. You can view the full video of the hangout or check out this Webmaster World discussion of the video where John Muelller tackles the question about Authorship and search rankings

Mashilo J Mothemane
Follow @MordyOberstein
Mashilo is an SEO and content strategist specializing in SEO, usability and marketing at AVATAR Digital, a full service digital agency based in Johannesburg.