My Takeaways from brightonSEO September 2017


For those of you who could not make the recently held brightonSEO conference (which was of course held in Brighton in the UK), I just wanted to share some overall takeaways and highlight some of the sessions I enjoyed the most. The conference is massive, and obviously I did not hear all of the great speakers (nor all of the not so great speakers). As such, this is not some sort of definitive list, but rather a spotlight on the sessions I personally enjoyed the most during my first trip to the conference. 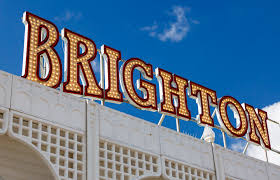 First off, and from the perspective of having been a classroom teacher in the inner-city, presentation counts for a lot. I don't mean slick slides and fancy graphs that no one can read from the audience anyway. I'm talking about actually connecting with the audience, reading them and understanding how to connect to them. In this regard Duane was brilliant. His session was early in the morning and the flow of the day and its momentum still had not kicked in. Most speakers would have been stuck with such a "muted" audience, but Duane used it to his advantage by calling his audience out on it. It's hard to describe his tone and tact, but it was simply brilliant. Duane would make a damn good teacher, that's all I'll say (though you can't swear in the classroom, he'll have to work on that). 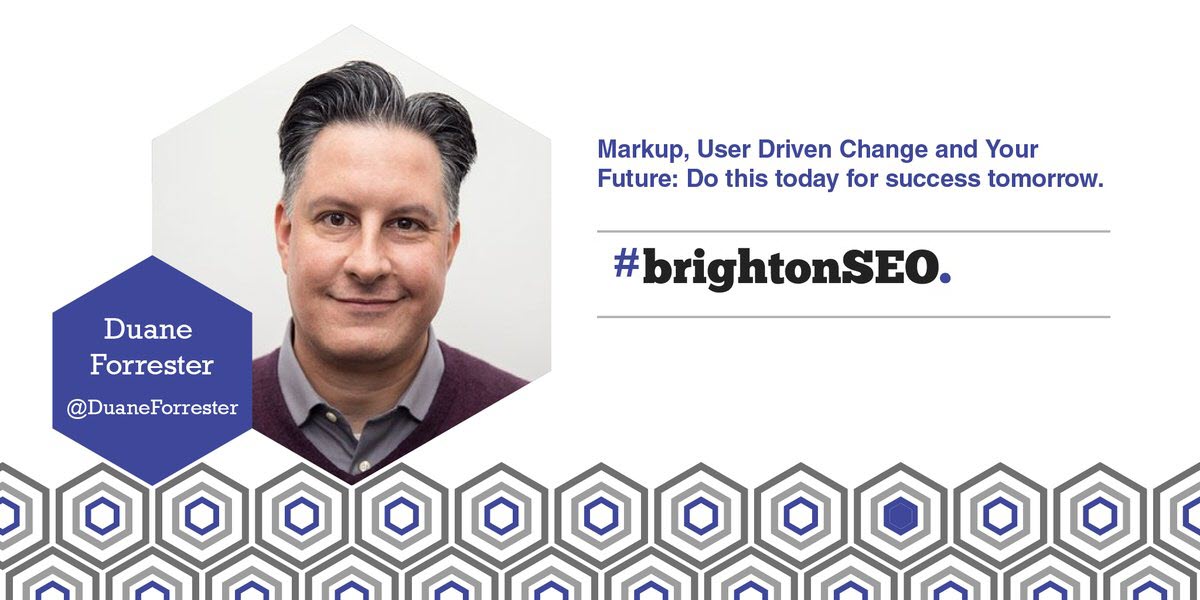 In terms of the substance of his presentation, it was deep and broad. Instead of going through it all point-by-point I'm just going to share one thing Duane discussed that I found to be meaningful, a borderline "aha moment." See, like you I've seen all the talk about augmented reality this and augmented reality that. However, besides for it being downright cool, I never understood the practical gain. Sure, I could use it to catch a Pokeymon. (Did I even spell that right? Ask me if I care.) But outside of capturing some fictional cartoon character my little brother was obsessed with 15 years ago, what does augmented reality do for me?  By the way, no offense to anyone who likes the digital monster "sport," it's just not my thing.

This was all until Duane illustrated how Ikea is using augmented reality. Get ready for this, because is downright amazing.... Ikea uses augmented reality to show you how a piece of furniture from its catalog would actually look like in your home... unbelievable! It's like heaven for that Type A part of my personality. I would 100% use this and it would 100% increase the chances that I would buy from Ikea. Augmented reality has new and substantive meaning to me now.... Thanks Duane!

Getting Down to Business with Stephan Spencer

No, I did not spend all of my time at brightonSEO discussing the annals of technical SEO, content marketing, and link building, though I certainly could have. SEO is a business and as such it shares in the general traits of business operations that are common to all corporate enterprises, though with its own nuance. Coming from a background in business operations (my LinkedIn profile is quite diverse and I like to think of myself as multi-talented), I found Stephan Spencer's session on How to Hire an Insanely Great SEO intriguing. I was not disappointed. 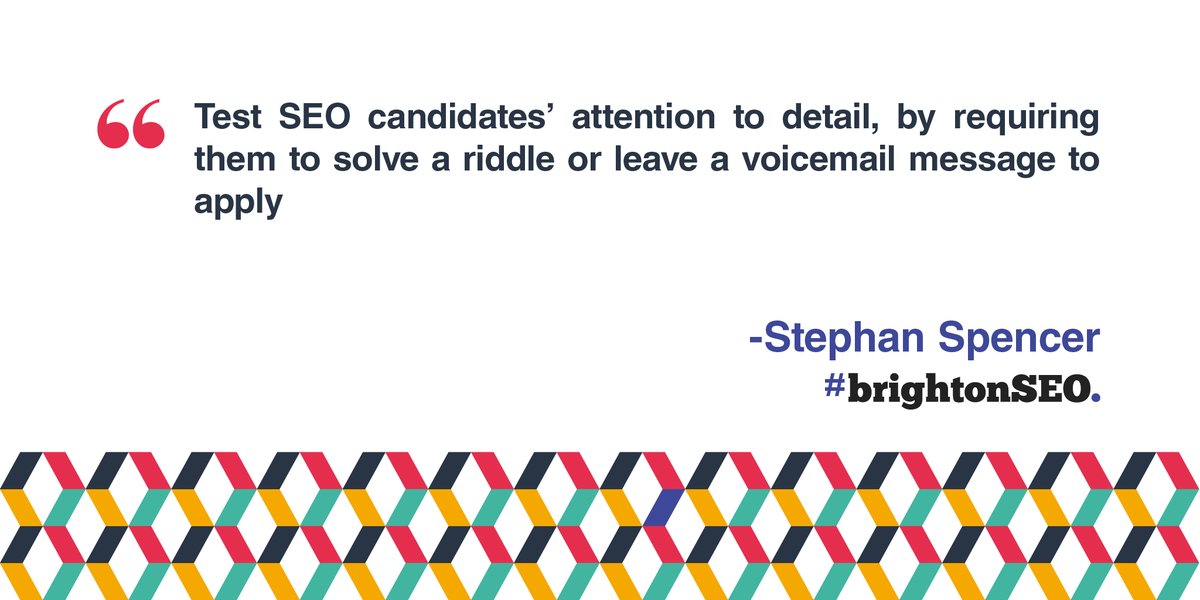 Like all of the presentations I not only enjoyed but got something out of, the presentation was quite charismatic. Stephan has a nice way of interacting with his audience, it's actually quite pleasant, which is not a usual way to characterize a speaker's way with their audience. Overall, the session was a nice combination of both tactical "hiring maneuvers" and an almost Socratic process of making conscious sound hiring practices. If you're in the market for hiring a new staff member of any sort, it's a great guide to go through before you begin the hiring process.

Amp'd Up with Aleyda Solis

Last, but most definitely not least, Aleyda's Solis' session Setting AMP for Success was both deep and practical at the same time. I've never had the pleasure of watching Aleyda give a presentation live before. I will tell you this, if you ever have the chance, don't miss the opportunity. Aleyda has more energy than my six-year-old twins combined, and those two boys have a serious amount of energy. 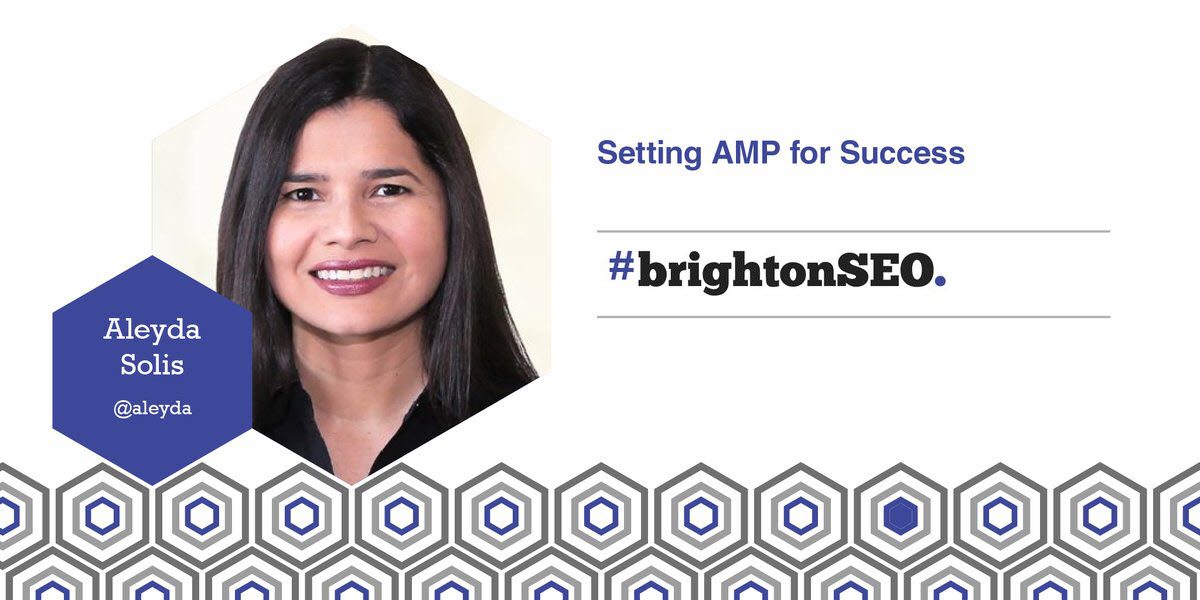 Presentation aside, Aleyda offered an absolutely thorough look into the world of Google AMP. Again, instead of rehashing the entire presentation, I'd like to share a specific moment that changed how I look at AMP. For those of you who read this blog, you already know that I love SERP features and talk about them all of the time. I track them religiously, and you would be hard pressed to find a SERP feature trend or data-set that I'm not familiar with. However, just like the shoemaker and his/her children, my day often goes "AMPless." Meaning, I spend much more of my already limited time looking at AMP data rather than actual AMP pages. Did you know it's really easy to screw up the look of your page by going AMP? You might have known, I did, but I never actually paid attention to just how bad a page can look upon it "going AMP." Go ahead and check out slides 52 and 58 of Aleyda's presentation. Then go back and start from slide 1 and see the whole thing in full!

For those who know me personally, besides for having other wonderful traits, I am also exceptionally sarcastic and cynical (i.e. I'm a realist). When I hear "SEO conference" I think fluff, some more fluff, and then some more sponsored fluff on top of that. And no, not every session I went to at the conference was tantalizing. Some were downright boring, but that's to be expected. However, overall, the brightonSEO conference was fantastic. 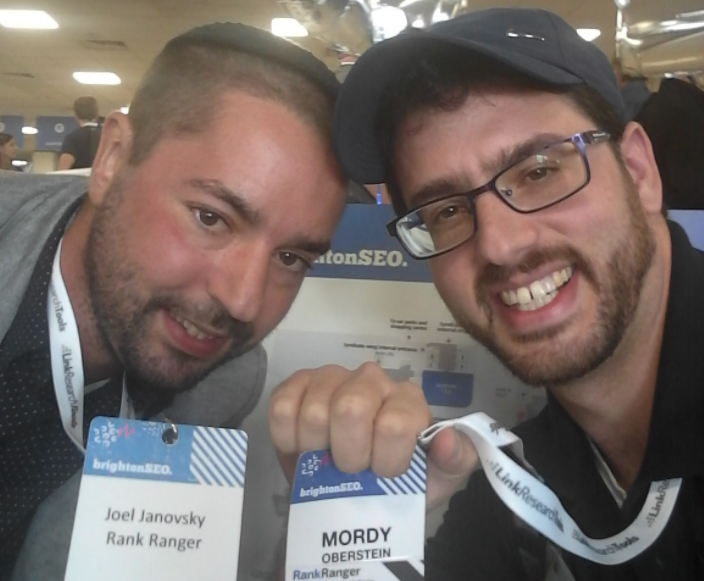 Forget the sessions per se, which by the way the majority of the ones I attended were tantalizing (or at least pretty darn good). Forget even networking and socializing (and collecting free pens since my children take all of mine, literally... I write in crayon these days). There is no better way to gauge where the industry is at than by interacting with the members of that industry on a mass scale. In this regard I found brightonSEO perfect. It's a big conference, but it's not disturbingly massive. You can still talk with people from the industry and hear from a lot of experts in order to get a sense of what's on people's minds.

brightonSEO has won over this skeptic.

Rank Ranger Updates
Announcing the Rank Ranger Google Analytics 4 Integration August 10, 2022 A New Beginning with Similarweb: How Our Customers Will Benefit May 25, 2022 Core Rank Tracking - A Local Enterprise SEO Tool November 3, 2021 Announcing The SERPulator: A Free Meta Tags Preview Tool! March 10, 2021 Google Keyword Planner Search Volume Affected by Google Advertising Policies December 2, 2020
All Updates
Subscribe & Receive Updates
Get a Free Trial     Request a Demo
Related Articles
Has AMP Hit a Wall? Five Steps to Create a Harmonic Marketing Campaign Powered by SEO with Joseph Kahn. 5 Things You Need to Know About SEO On the Edge with Chris Green Six Steps to Managing an SEO Client’s Expectations with Mindy Gofton In Search [Episode 2] - Is AMP a Ranking Factor & What Brings Up the Explore Panel? 7 Tips for PPC and SEO to Work Together with Jay Ratkowski