In an effort to lure more video advertising, Facebook recently revamped and enhanced its video monitoring metric. With 100 million hours of video watched on the site each day, it’s no surprise that Facebook has decided to hone in on its video analytic capabilities. If you're investing in Facebook advertising, it's wise to benchmark, track and gain performance insights with Facebook Analytics.

Out with the Old… 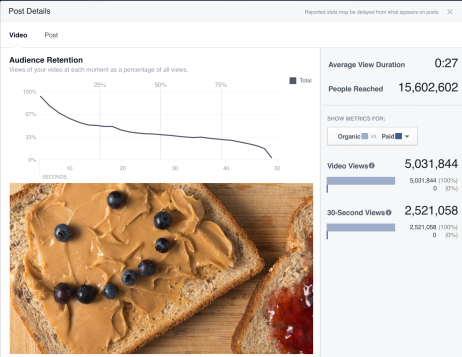 Facebook’s previous performance monitoring offered a slew of metrics that painted a general, if not vague analytic picture. For example, under its previous construct, Facebook only laid out how many viewers saw the video. If you wanted to know the average length of each view, you were plain out of luck. So long as the viewer watched more than three seconds of content, Facebook’s metric would consider it a "view.” The only hope of a more refined sense for how a video performed with its audience was by comparing the total views to those views 30 seconds or longer.

As indicated, the major issue with the metric was in qualifying the views. Using a three-second standard made it hard to get an accurate sense for how a video was performing. Perhaps more importantly there was no way of knowing how long, on average, the video was viewed for, making its effectiveness nearly impossible to determine.

In with the New… 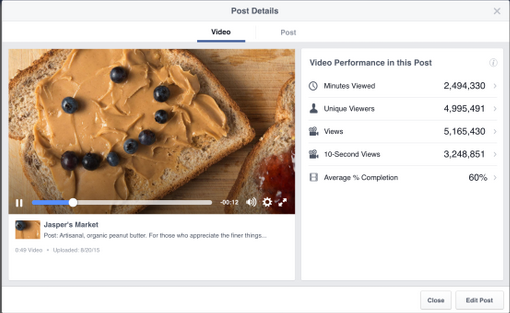 Though retaining its original metric, Facebook now allows content creators to drill down a bit more. One of the new features is that the three-second rule has been replaced with a ten-second minimum. Another among the new analytics is the indicated average view duration. Unlike before, content creators will now know, on average, what percentage of the video was completed before the user disengaged from the content.

Saving the best for last, Facebook now provides a significant piece of data, sound. Content creators can now determine how many views were executed without the sound on. The significance being that views without sound are indicative of an absent viewer.

What It All Means

Putting it all together, Facebook’s new metric is an attractive package for content creators seeking to increase their video marketing on the site. Information such as being able to see the average view duration or knowing how many views were at least ten seconds long, changes the name of the game from "what” to "how.” With the new metric, content developers are able to see not only that their video was watched, but how it was watched. The new metric enables an understanding of how the content resonated with viewers. With such information, content creators are no longer left stumbling around in the dark trying to figure out what works and what doesn’t. Attempting to figure out what resonates with viewers is no longer a guessing game, but can now be taken at its face value.

For a more detailed look at the new metric, take a peak at Facebook’s updated media page.