After careful consideration and after conducting our own survey, we here at Rank Ranger have decided to adopt this outlook. We now consider Featured Snippets to be position 1 (not position 0).

Defining Featured Snippets as position 1 brings along its own set of complications. As a result, we've created a series of new charts and graphs to make tracking position 1, be it as a Featured Snippet or as your run of the mill organic result, as easy and efficient as possible. 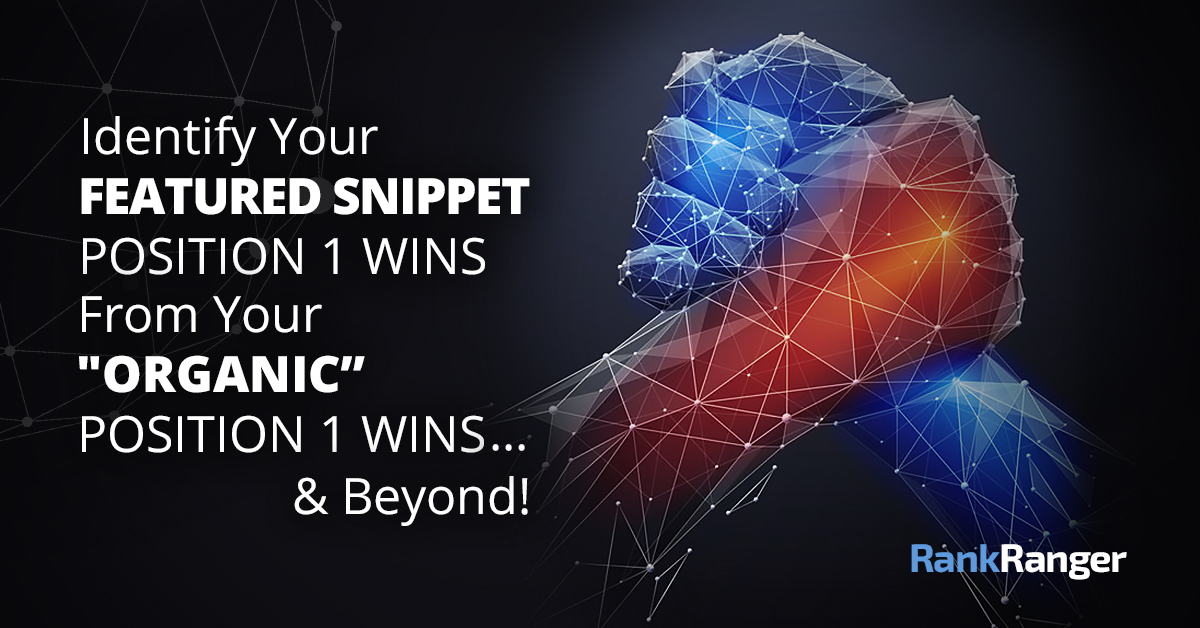 Tracking Featured Snippets as Position One


Know the Full Power of a Position One Win 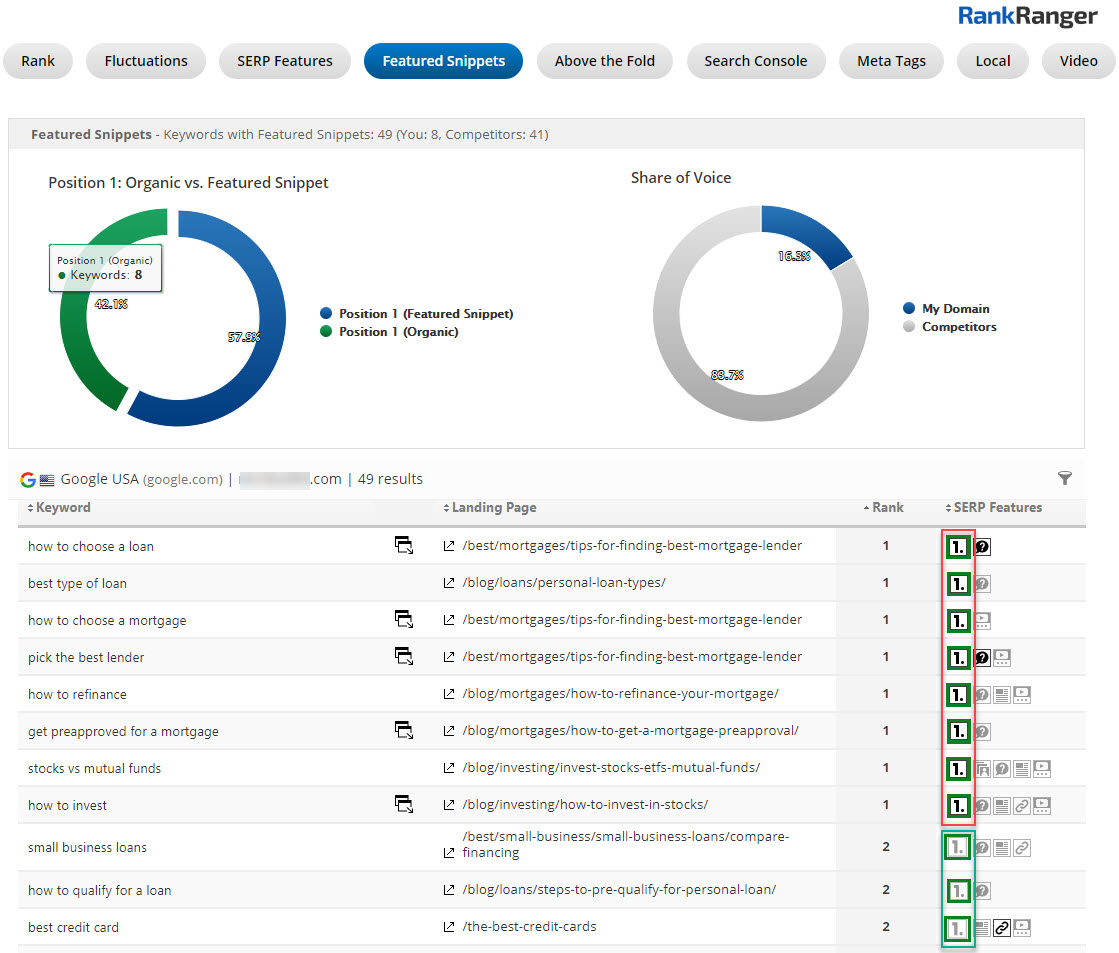 You can also compare your overall Featured Snippet wins to your competition via the Share of Voice graph that appears at the top left of the report.


Bottom line: You can now easily see which of your keywords rank #1 as a Featured Snippet!

The Rank Insight Report easily allows you to make such a comparison in a few short steps:

1) Select the metrics you wish to analyze from the Display Options. For my purposes, I want to get a bit on the ranking history of the keywords as well as their Search Console metrics:

2) Filter the keywords shown according to rank by setting the report to only show keywords ranking #1: 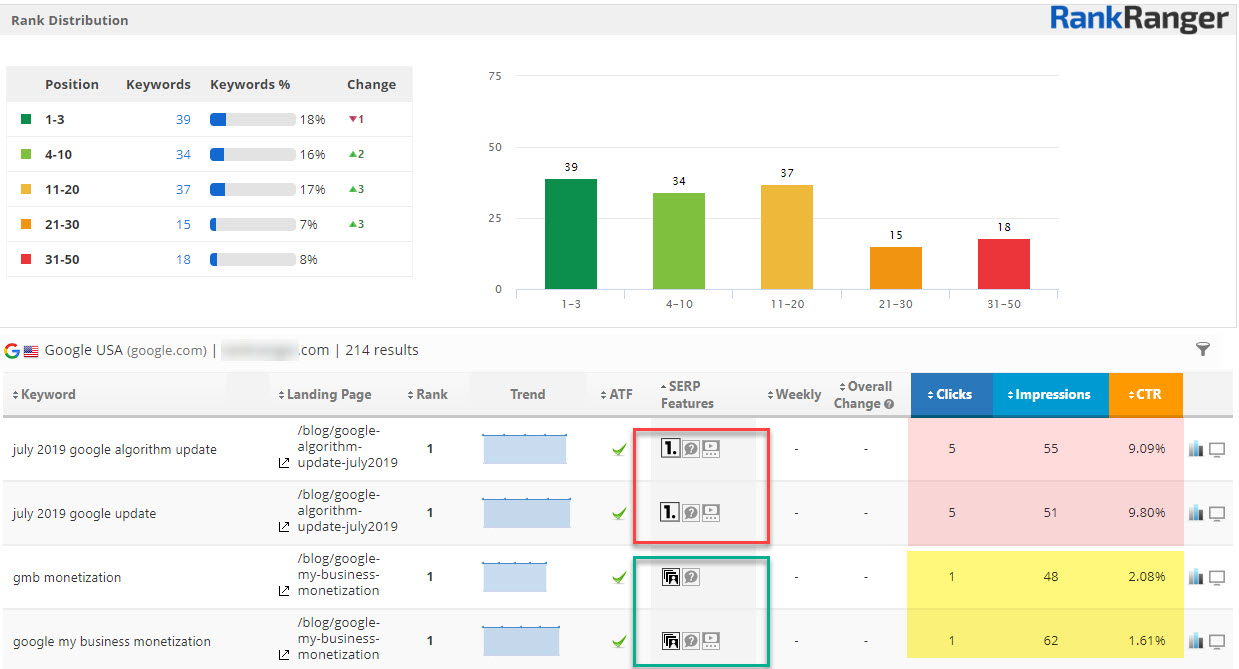 With the Trend Chart enabled in the settings (as shown above) you can also quickly access period performance for a variety of metrics:

Of course, as things stand now, the only position of any significance is #1. We've adjusted our Featured Snippet Tool accordingly. Since the URL's page one ranking will always be #1 we've removed the data on the average rank of the Featured Snippet URL. In its place, we now offer a breakdown of the number of Featured Snippets your competitors hold across all of the keywords you track. 
The Ranking Scenario With Featured Snippets as Position One

Anytime Google makes any significant change to Featured Snippets it's going to be "big news." With the absence of URL duplication on page one when appearing within a Featured Snippet, the entire way we think about the SERP feature from a ranking perspective has changed. In a flash, the Featured Snippet has gone from being a SERP feature to becoming a part of the organic results themselves. As a result, identifying Featured Snippets from a rank reporting context has become both more difficult and more essential. I hope that the tools and methods outlined above make navigating this new dynamic a bit less cumbersome... because SEO and data reporting are complicated enough as it is!

If you have any questions about how to track rank for Featured Snippets as position 1 please don't hesitate to reach out to our team!

You can find the tools used here within the Rank Ranger UI as follows: