Featured Snippets in Spain and Mexico 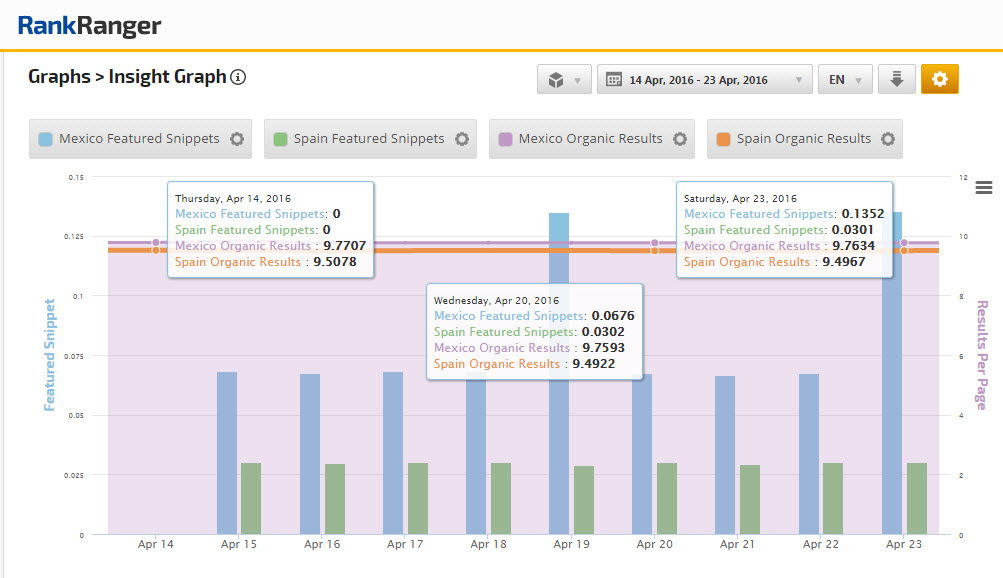 Across the Board Spanish Snippets Expansion

Upon further investigating the reach of the expansion of Featured Snippets into Spanish speaking countries, we found that the results were generally uniform across the board. Keywords that brought up a Featured Snippet in one Spanish speaking country commonly produced the same Snippet in another. We initially began by performing a query for "cuál es la sauna,"or in English, "what is a sauna." 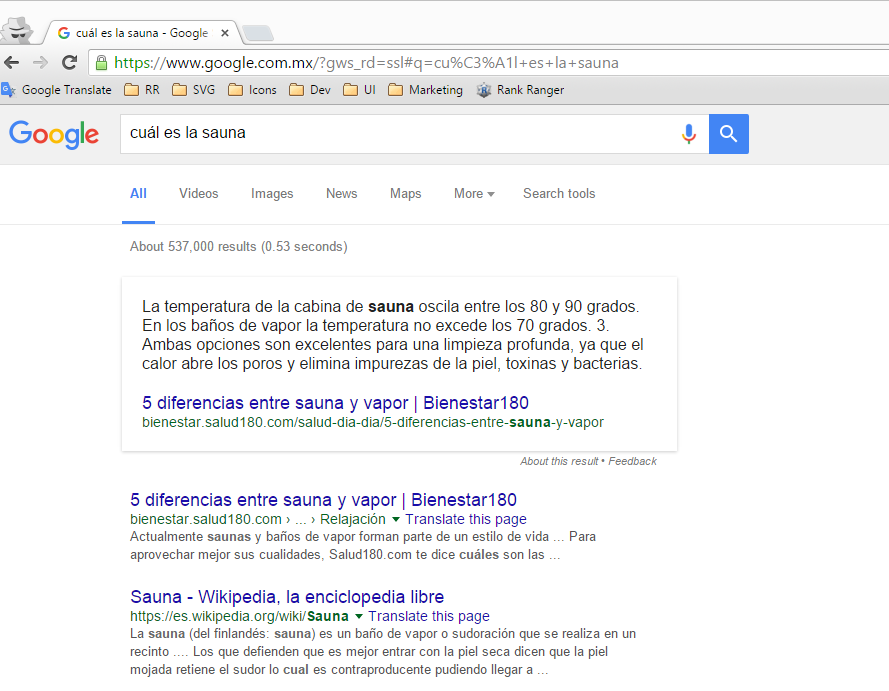 The same query of "what is a sauna" produced an identical Featured Snippet when queried in Google:


The appearance of identical Featured Snippets is indicative of the blanket release of the feature to Spanish speaking countries.

In Cuba, when we queried "¿cuál es la bolsa de valores" (What is the stock market?) the following Featured Snippet displayed: 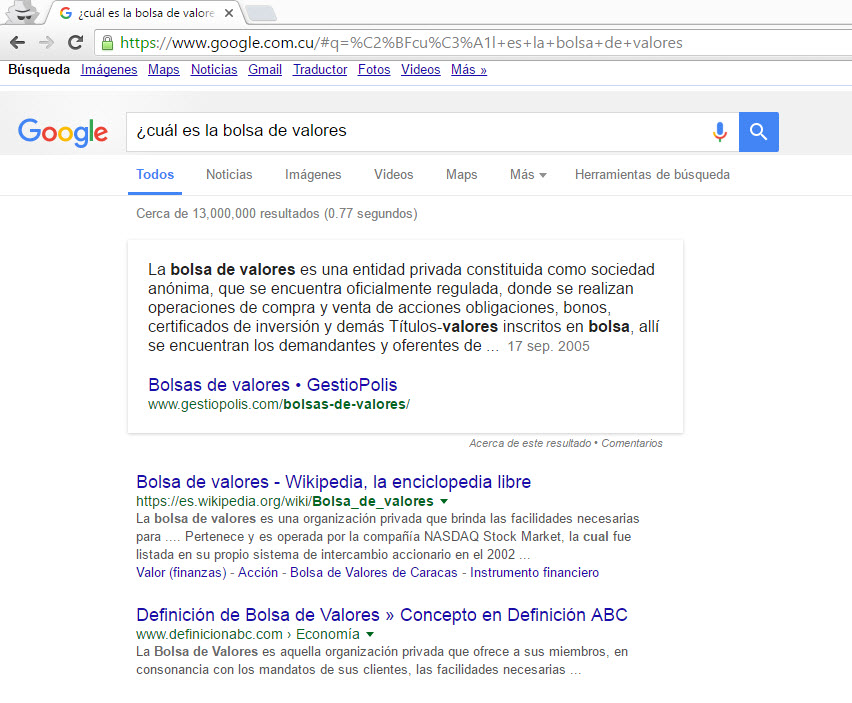 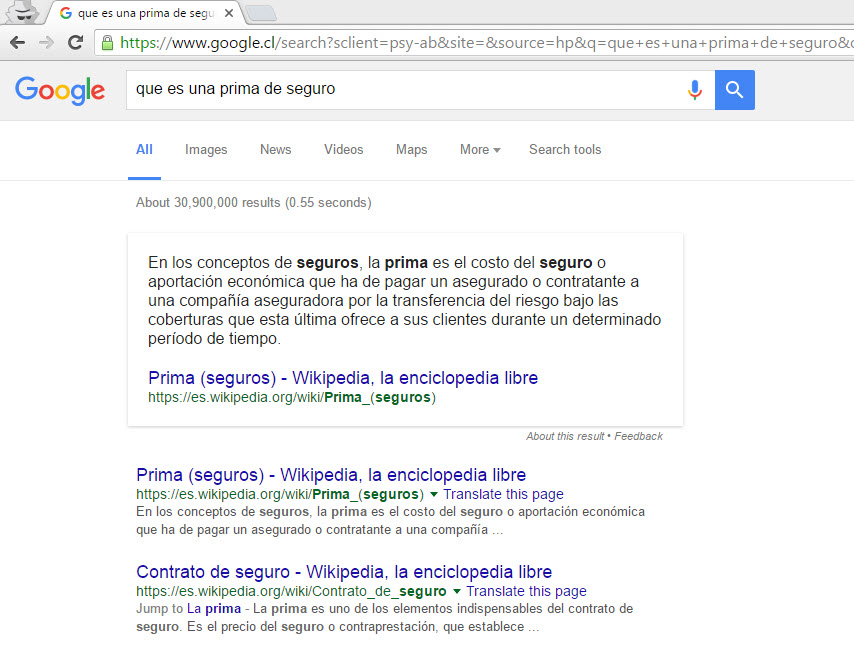 Diversifying our results further, we queried "que es el gobierno" (What is government?) in Ecuador in order to produce a Featured Snippet. 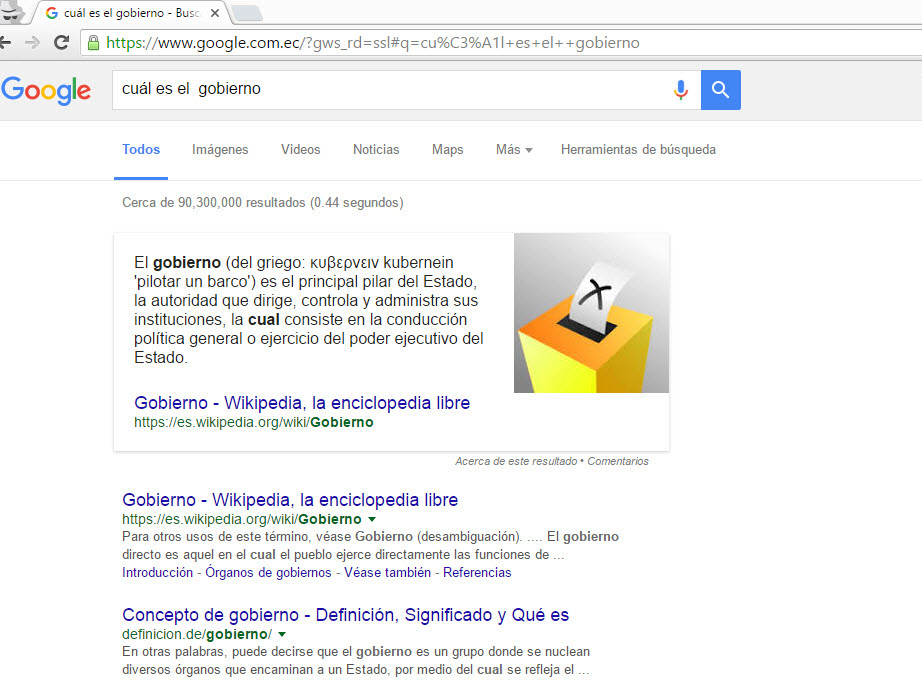 Moving to healthcare, we found that Google Venezuela will display a Featured Snippet when "eps significado" (EPS meaning) is searched for. 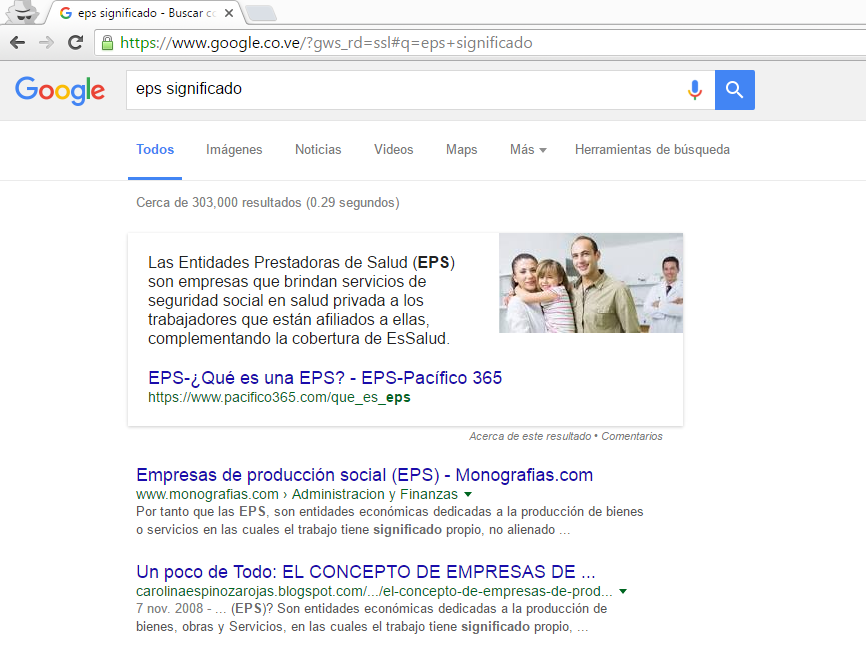