Google Authorship is No More

This should not majorly affect the SERPs, as articles that were ranking before are still ranking now, but it drastically affects the look of the SERP. Articles that were previously showing up with an author's name and Google+ circles are now appearing as regular results.

John Mueller announced this update, stating:
"we've made the difficult decision to stop showing authorship in search results." He also added "in our tests, removing authorship generally does not seem to reduce traffic to sites. Nor does it increase clicks on ads. We make these kinds of changes to improve our users’ experience" 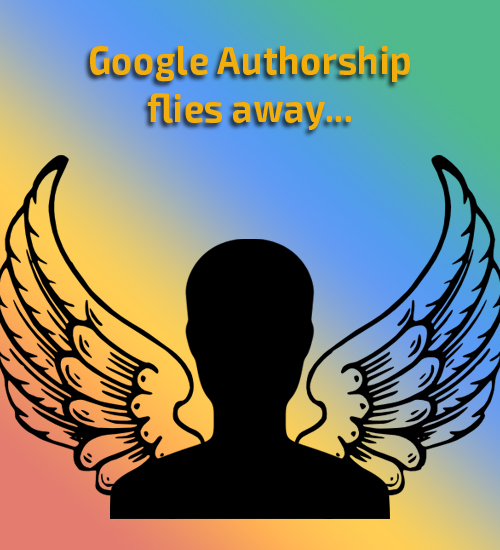 This means the end of an era, a new way of writing blog posts and time to rethink Google+ profiles. It is possible that Google will see a decline in their Google+ activity or sign ups, as many people created their profiles purely for authorship, in order to boost their articles. It is possible that Google+ is now a significant platform in itself that this will not have a change on the usage, but we'll have to see.

Although authorship may be gone, Author Rank is not. This means that when Google knows who authored a story, the post may be given a better rank, according to the authority and legitimacy of the author.

According to Search Engine Land "Google told us that dropping Google Authorship shouldn’t have an impact on how the In-depth articles section works. Google also said that the dropping of Google Authorship won’t impact its other efforts to explore how authors might get rewarded."

Google will need to find the author by reading the article or through visible bylines, which often tell who the author is.

Are you happy, sad or unaffected by this change?

Barry Schechter
Follow @MordyOberstein
Barry has been with Rank Ranger for 2 years and has added considerable talent to the team. He brings with him sales skills and a knack for knowing what clients are looking for - even before they know it!