Are you one of the many webmasters and SEO professionals who have been anxiously anticipating the arrival of the latest Google Penguin Update?  Google has confirmed that they rolled out the Penguin 3.0 algorithm update on Friday. 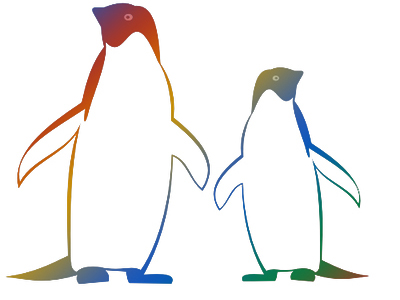 Google's John Mueller mentioned in September that the update was likely to happen before the end of 2014, and some people wondered if what turned out to be Panda 4.1 was the Penguin Update.

Whether or not Penguin 3.0 is perceived as good news depends on how the sites you manage were affected by Penguin 2.1 back in October 2013. In response to a recent Google Webmaster Central Help Forum question, Mueller confirmed that an algorithm update/data refresh creates an opportunity for recovery for sites that took positive action in response to penalties they received resulting from the Penguin 2.1 update.

There is some speculation in webmaster circles indicating that Penguin 3.0 may negatively affect sites that have tried to influence links with practices such as including an SEO link in embedded code. Speculation aside, Stephen Kenwright of Branded3 writes in his Google Penguin 3.0 Damage Report:


Penguin 3.0 is an update of the algorithm – not a refresh of the data set – which means that the quality metrics feeding into Penguin have changed, along with the thresholds required to avoid it.


In that article Stephen also provides his advice on how to recover from Penguin, comparing it to recovering from the effects of a manual action impacting links but without the benefit of being able to submit a reconsideration request. He doesn't think the algorithm has finished rolling out and anticipates significant changes in the coming days.


21-Oct UPDATE: In a Google Plus post, Pierre Far, Webmaster Trends Analyst at Google UK, indicated that Penguin 3.0 has so far affected fewer than 1% of queries in the US English search results, it "helps sites that have already cleaned up the webspam signals discovered in the previous Penguin iteration, and demotes sites with newly-discovered spam. It’s a slow worldwide rollout, so you may notice it settling down over the next few weeks."

Our Rank Risk Index accurately reported major Google SERP fluctuations, quickly catching Penguin's impact on search engine results, and since Google is rolling this out slowly worldwide we should all keep an eye on this (you might consider embedding our Rank Risk Index in your site for quick access to daily changes).

The social networks have also been full of buzz about this update.


Google Releases First Penguin Update In Over A Year by @rustybrick http://t.co/13SN4Ftpeg


Share your personal Penguin update experience in the comments below or tag #RankRanger when you Tweet or blog about it.