Have You Google Searched a #Hashtag Lately?

Like most of the world, I was searching for news about the Oscars in order to find out what dress Lupita Nyong'o was wearing and who won the coveted Best Picture award (it was 12 Years a Slave). Of course, as a Ranger, I was on the look out for anything different on my SERP, and I found it.

On the right side is a stream of posts mentioning #oscars from Google+ that updates in real time, which is expected since Google would want to push content from the rapidly growing social network. What is interesting is the fact that below the Google+ stream is the small yet noticeable buttons for Facebook and Twitter. These buttons take you straight to the search on the social media pages for your hashtag. 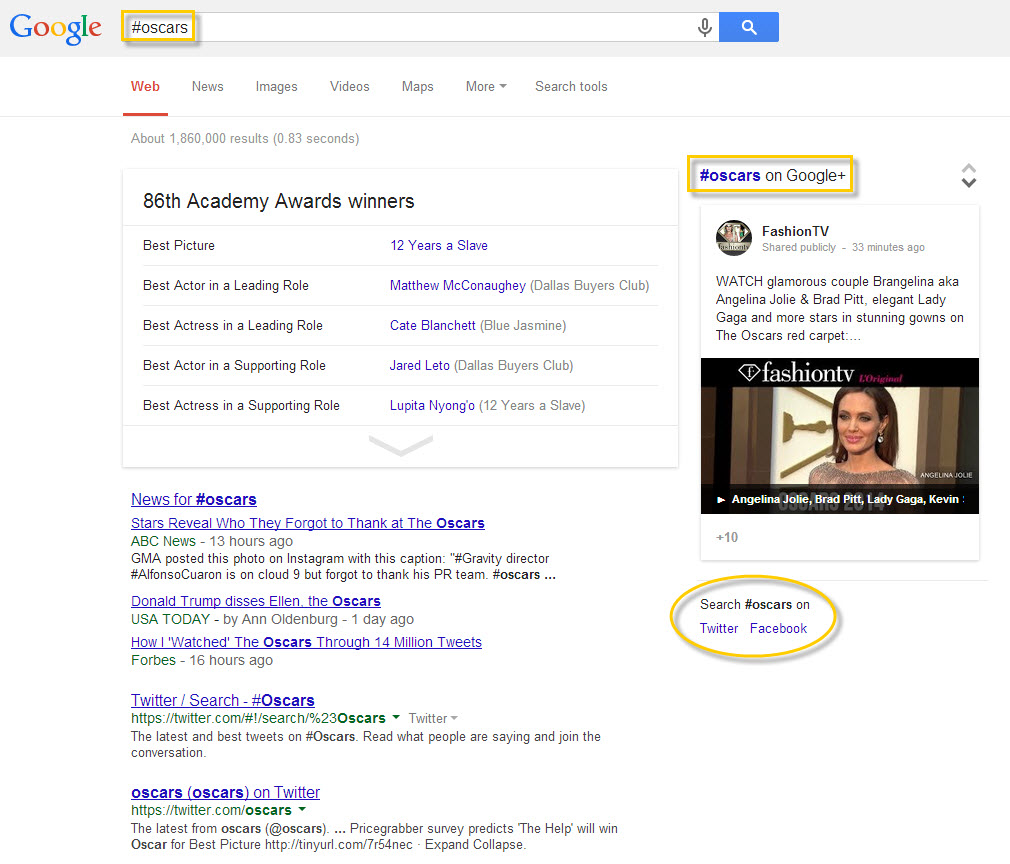 I think it's great that Google is giving us this option, although some may say that it is promoting their competitors as more and more people turn to Social Networks as alternative search engines. On the Rank Ranger platform we offer YouTube as an option under search engines, as many SEO professionals want to track their videos' rankings.

Do you search on social media sites? Do you use #hashtags? Let us know in the comments below.