In Search [Episode 4]: No Link Needed? Is a Mention Enough? Is Voice Search Trustworthy?

Is a mention enough, or should a source be given a link?

Let us know if you think giving a source you make use of a mention is enough and does not require a link be given! Share your thoughts behind your vote so that we can feature you on the next episode of In Search!

Summary of Episode 04 of The In Search SEO Podcast 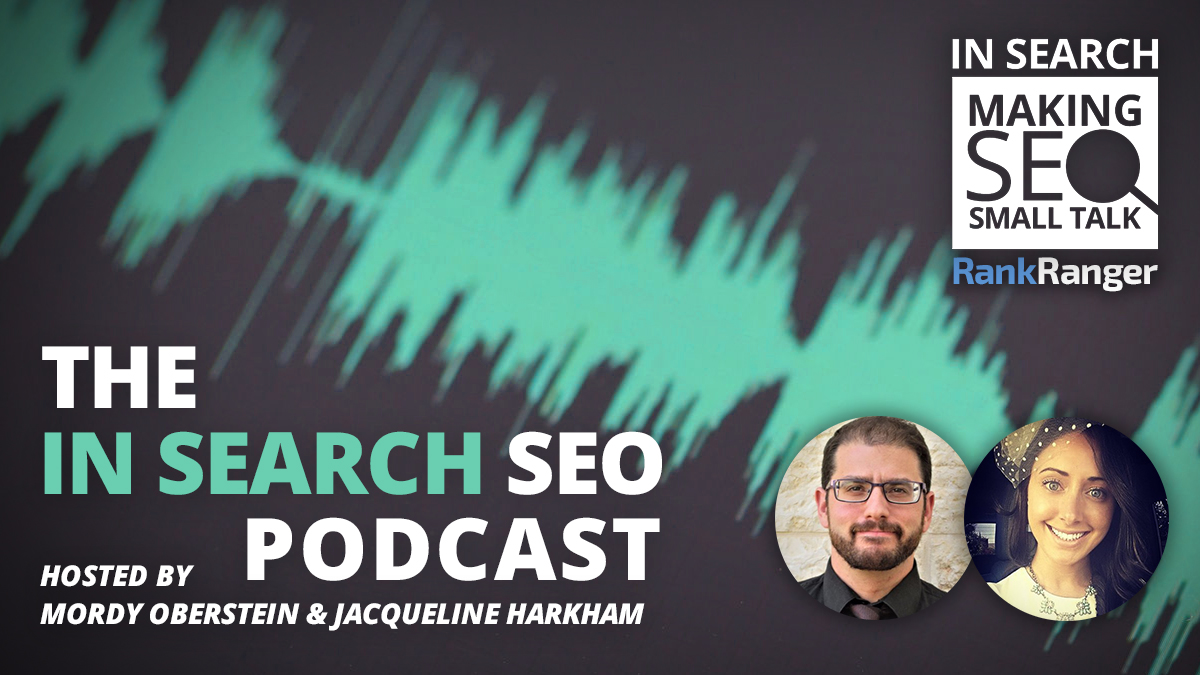 Episode 04 of the In Search SEO Podcast has our hosts, Mordy Oberstein and Jacqueline Harkham tackle:

Whether or not without a link is adequate has become quite the hot topic within the SEO industry as of late. Our hosts put their thumbs on the scale by explaining that a link serves two purposes: To further educate a reader and two cite a source (much like in a research paper). The case the industry took up recently was one where a company was sourced in a news article with only a mention. Here, our hosts were of the opinion that is not adequate. In this instance, a link would better inform the reader as to who the company is, which in turn would tell the reader why they are considered an authority on the topic at hand. Also, a link is the proper way to cite the source. Again, much like in a book or a piece of research where a citation must include the very page of the material where the information can be found, the insertion of a source into a digital news article must link to the very page where information on the topic or the source themselves can be found. To do otherwise would be the equivalent of conducting research and citing a source by simply listing the author.

Google recently made a statement where they told the industry to "link naturally." Google, of course, has the best of intentions when making such statements. Although, is such a feat possible? That is, without clear and explicit guidelines on what it means to link naturally (which would no doubt be hard to draft), can the industry "comply" with such advice? Mordy suggested that these statements, to no one's fault, end up being taken as rhetoric and that without clear guidelines, many may just "overthink" Google's statement by coming up with all sorts of conceptions of what Google "really meant" and the like.

Our SERP Feature Tracker has caught a 36% increase in the Related Questions feature since Oct. 26th, with the SERP feature seeing both a gradual increase and numerous sudden spikes. Mordy noted that an increase in the feature may mean that users never execute a search term that brings your results up. That is, should the People Also Ask feature now show on SERPs where users would have otherwise done a second search that would have brought up a SERP with your page on it, you could see a potential traffic drop off.

New PageSpeed Insights & Web.Dev Score: Google updated the PageSpeed Insights Tool by supplying it with additional data from Lighthouse. Also, Google added a new tool at web.dev that provides a slew of more "modern" SEO metrics, including an actual "SEO score." While the insights have been welcomed by the industry, some have been skeptical of the SEO metric as indicated in a SERoundtable.com survey. Our hosts would like to see a bit more clarity on some of the finer aspects of technical SEO be released by Google to go along with the score. That is, so long as there is a bit of ambiguity out there when it comes to some of the issues related to the score, a numeric value issued by Google is not as helpful as it could be.

Google Tests Solution to AMP URL Ownership: For quite some time publishers have taken issue with the URL Google shows for an AMP page. Since such pages are cached, a Google URL displays at the top of the page, not that of the publisher per se. Now Google has released a preview of what the fix to this conundrum will look like. The question is, is this too little too late. While the fix will certainly be welcomed by publishers, has it taken too long to arrive? Meaning, will publisher sentiment towards AMP change with the fix being implemented, or has that ship sailed already?


The IAB Says Search Ads Still Dominate but Are Now Driven by Mobile: Data on the first half of 2018 shows that search ads still reign supreme. However, the dominance of the ad type now heavily relies on mobile ad revenue. This, of course, aligns with users now engaging with on mobile more than they ever have.

In her article - AI In the Travel Sector - Are Consumers  - Charlie Harris found that but 1/3 of users were willing to engage a chatbot in order to make a travel booking. As Charlie notes, the inability of users to trust AI when making a purchase is all the more significant in the age of voice search. In contradistinction, users were comfortable in engaging AI to answer simple queries, which fits into what we discussed a few weeks ago during episode 3 of the In Search SEO Podcast.

Mordy, in particular, was quite excited about this data as it seems to corroborate his findings around user trust when it comes to voice assistants. Mordy is of the opinion that Google's famous zero results test was a means to determine if users trust the search engine to provide the one true answer. According to his research, there seems to be a real distrust of voice assistant devices in certain instances. Google, knowing this, ran a test (per Mordy) to see if users accepted Google's one true answer (since with no organic results on the page, that's all a user had), or if they opted to see more results. By determining a user's propensity to reach beyond Google's answer, the theory goes that the search engine was able to gauge the extent to which users trust its answers. Charlie's data here would seem to confirm the notion that users are not entirely comfortable trusting home assistants when it comes to certain tasks/queries.

This episode of the podcast ended with a lively debate about... superpowers! Our fun SEO send-off question this week was:


If Google had a superpower, what would it be?


Jacqueline said "mind reading" which Mordy (who gave Google x-ray vision, since they can see through intent) hotly contested was not a superpower! What superpower would you give Google... and do you think mind reading is a superpower fit for superheroes?!