Is the Penguin Refresh Here?

In September John Mueller announced that a Penguin Update would most likely happen before the end of 2014. This meant that we needed to monitor our Rank Risk Index more closely, and it paid off. Take a look at this weekend's activity: 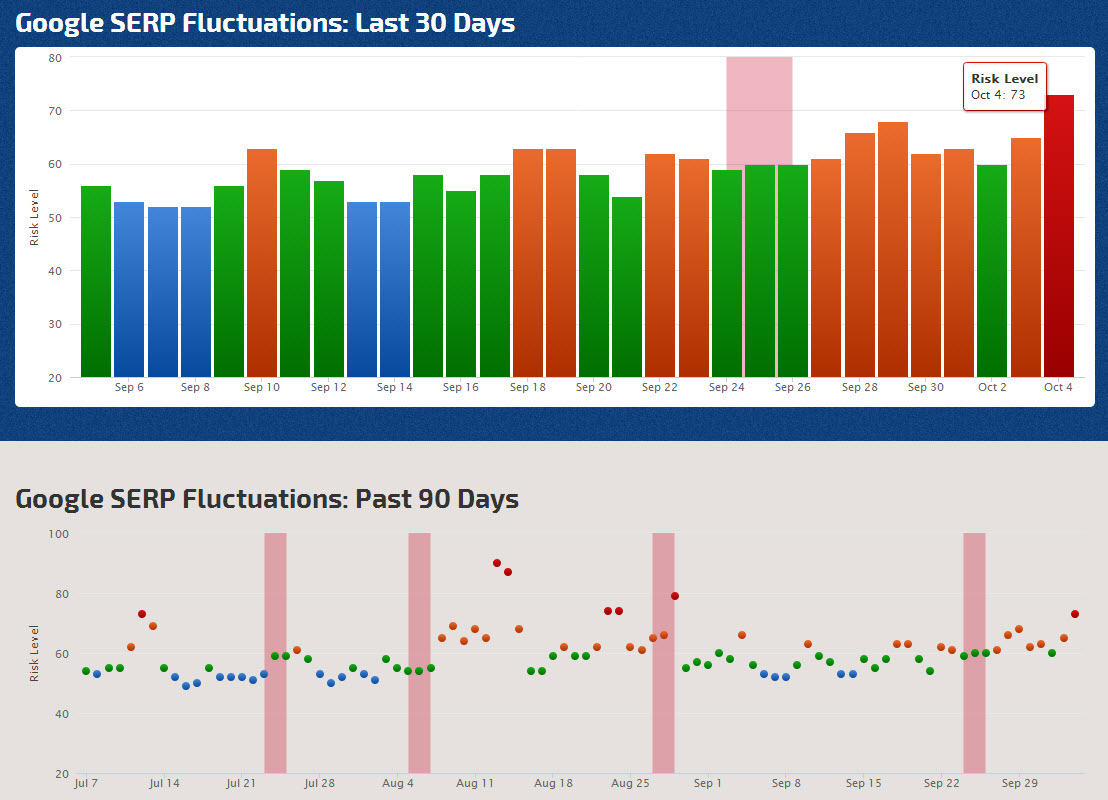 A major spike is showing, indicating a refresh or update in the Google Algorithm. Although no reports have come out yet, it is assumed that this could be the Penguin update we have been waiting for.

At SMX East last week, Gary Ilyes, Google's Webmaster Trends Analyst, said that the update may be happening this week.


Heads up, SEOs! Google: Penguin Refresh May Come As Early As Next Week: http://t.co/YiWCthu50p via @sengineland


We first heard about Penguin in April 2012, and it has since had 5 updates, the last of which was nearly a year ago. You can follow Penguin's history in our Google Algorithm Updates History.

*Update*
According to Search Engine Journal, this spike was just part of the recent Panda 4.1 update that is still being rolled out. We're still waiting for Penguin to come soon.
About The Author