The recent past has been an adventurous snapshot in time on the Google SERP. There seems to have been a shift in how Google uses its SERP features on a variety of levels. Due to the dynamism of these adjustments, I don't think we as an industry have fully been able to define the current construct, both in terms of the actual changes that have been made, and in terms of the unifying elements that make them a part of Google's larger strategy. With that, I'd like to present one of the many missing pieces of this puzzle, a new bidding system for Google's Local Pack and Featured Snippets. 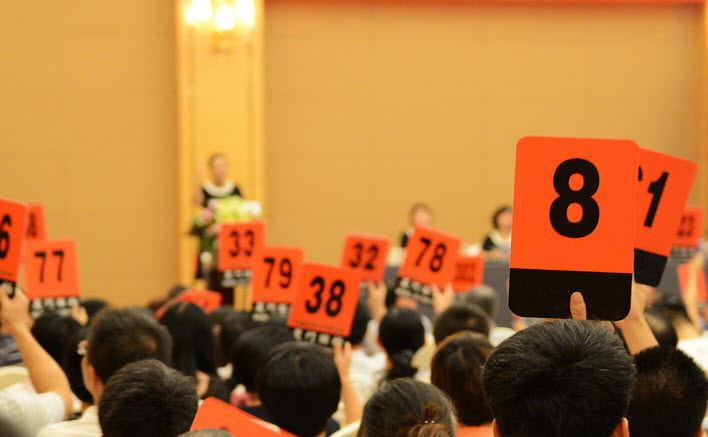 That has changed a bit. There is a clear shift in Google's allowing the two features to co-exist on the same SERP (desktop):

That said, at the end of the day, SERPs that contain this combination of features are still relatively rare as just 1% of page ones contain both a Local Pack and Featured Snippet. This figure pales in comparison to the percentage of SERPs that contain either one of these features. However, that's not entirely the point. The significance here is not in volume but in the shift per se. That is, relative to the past, the current showing of both features on the same SERP is astronomical.

Below is both the year-over-year increase in the number of keywords within our dataset that bring up the combination of features, as well as the percentage increase over the last 6 months (desktop):

There is a clear shift in how Google goes about the bidding process for those pages where the two features are relevant, and that is significant news.

Here's how the SERP looks with the two features together on : 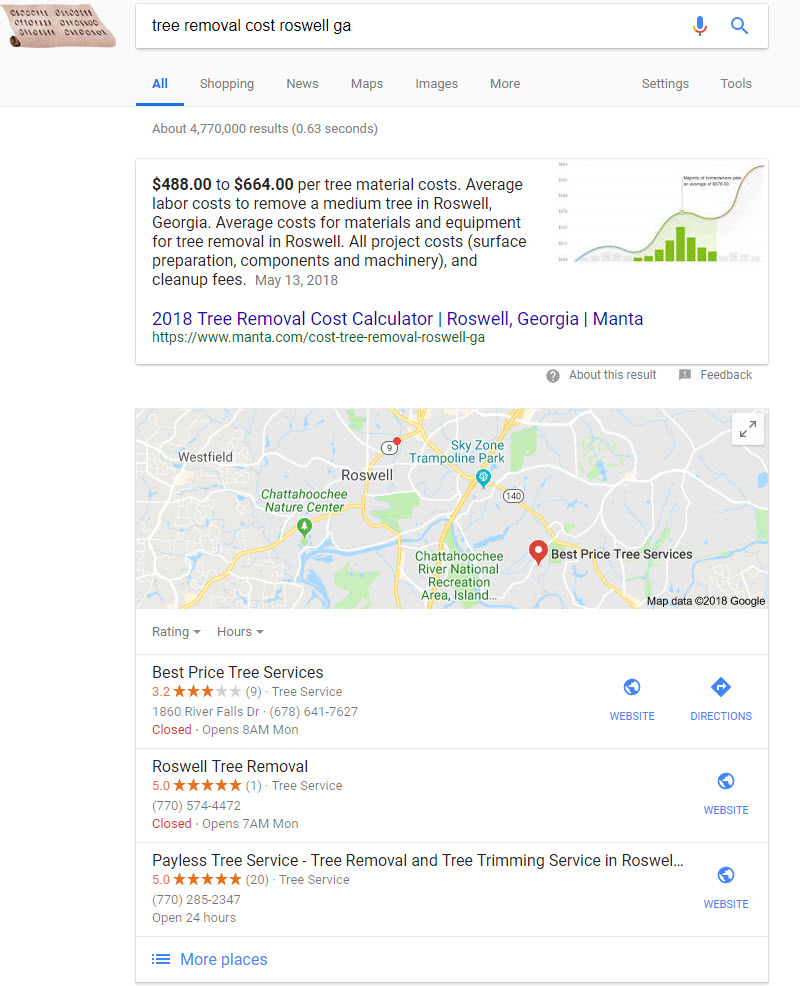 It should be noted that the above applies equally to mobile as well. As on desktop, mobile saw an April 2018 increase in page one SERPs that contained both a Local Pack and a Featured Snippet:

On mobile, as was the case with desktop, the increase in the feature combination did not occur alongside any increase in either Local Packs nor Featured Snippets, in fact, both items saw a slight decrease from March to April 2018.

Consistent again with desktop, only about 1% of all page one SERPs produce this SERP feature combination. However, at risk of sounding repetitive, the story in my mind is not in the quantitative change, but the qualitative shift.

Interestingly enough, within our mobile dataset (circa 90K keywords), we didn't pick up on SERPs showing the combination in any significant number until November 2017. Since then, we've tracked an 870% increase in the number of keywords within the dataset that now produce a page one SERP with both a Local Pack and Featured Snippet. Over the past six months (i.e., since February 2018) we're showing a 303% increase!

Here's how the SERP looks when both features appear on mobile:

Why Should I Care If Local Packs Appear More Often with Featured Snippets?

There are a few ways to approach this. You could look at this from a user's perspective and what it means for the sites that rank amidst the organic results, or by analyzing how the two features might interact and impact each other. At the same time, what this means in terms of Google's overall approach to the SERP (industry trends are always my personal favorite).

The most obvious impact of the SERP feature combination is that the two feature placement allows Google to meet multiple user intents in all new ways. More often than not, a query could be interpreted in multiple ways. By increasing the chances of a Local Pack showing on the same SERP as a Featured Snippet, Google gives itself the chance of meeting varied intents, when one of those very intents relates to finding a local establishment.

Take query art for example (which is personally relevant to me): 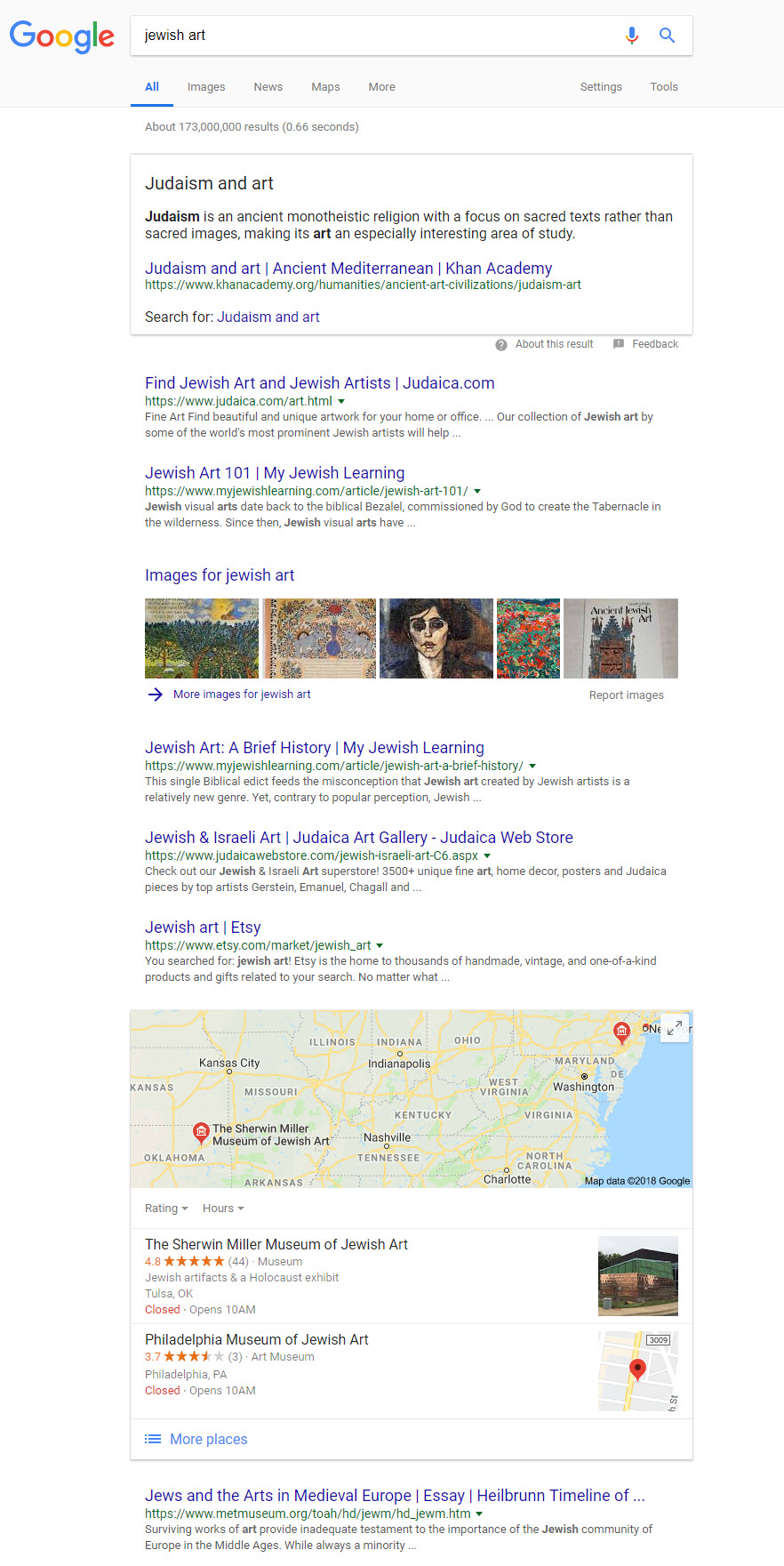 The intents Google is targeting via its SERP features is quite transparent. On the one hand, was I interested in learning the connection between the religious epistemology of the religion vis a vis art (see Featured Snippet)? Was I looking to find some examples of Jewish art (see Image Box)? Could it be I was looking for Jewish art museums (see Local Pack)? The only intent not met with a SERP feature is to browse and buy Jewish art (which just so happened to be my true intent). That's powerful.

Digging a bit deeper, when a more dynamic relationship exists between the two features (relative to the example above) the opportunity for a significantly more potent impact is present.

If you look back to the first example on desktop that I presented earlier for the keyword tree removal cost ga, this construct provides for a seamless user journey. You would have to imagine that a user in this instance is only interested in knowing the cost of removing trees in Roswell so as to know what to expect when calling for such a tree to be removed. In this instance, instead of the user having to conduct two separate searches, one to determine the cost and one to find a tree removal service, with the combination of the Local Pack and Featured Snippet, but one search is necessary.

In other words, the user's journey in this instance is made quite efficient. After arriving on the SERP, the user immediately knows what the cost for tree removal is, and when calling a service company (after simply scrolling down the SERP to the Local Pack), they know if the quoted price is within normal range or not. I want to point out, that in this instance, and with these types of Featured Snippets, there is no need to click on the URL inside the zero position box.

Still, we can take this one step further. Have a look at the Featured Snippet and Local Pack for the query weddings in saint :

Nothing seems special here until you do a more generic local search such saint hotels:

You'll notice that none of the results shown in the two Local Packs match. I immediately assumed the listings shown in the weddings in saint  must be known for weddings, which they are. How do I know? Because all three results in this Local Pack are mentioned on the page linked to in the Featured Snippet.

As it turns out, none of the listings in the saint hotels Local Pack are mentioned in this article. Meaning, could it be that Google pulled what it thought were the best listings (per its local algorithm) from the pool of hotels mentioned on the page associated with the Featured Snippet? If so, that's a mighty one-two punch that could change things dramatically for sites seeking Local Pack rankings (a deeper look is definitely warranted).

Let's take this possibility to the extreme and for argument's sake assume that for some reason the most optimized and all-around best resort for a wedding in Saint Lucia was left off the list represented in the Featured Snippet. If Google is coordinating Local Pack listings with the Featured Snippet, it will not appear in the Local Pack here. In such a scenario there is one more very important consideration that the site for this, the most awesome wedding resort in Saint Lucia, would need to take into account, "Is there a Featured Snippet on the page and is our site listed on the page associated with the snippet." (Let me be clear, I am not saying Google is doing as such currently, but the possibility is both intriguing and in a way logical. Why not verify Local Pack listings against a best of ?)

Simply put, the way the two feature potentially interact can conceivably bring about a slew of deep consequences.


A Part of a Larger and More Energetic SERP Feature Procedure

Let's not forget, while Featured Snippet and Local Pack combinations are far more common in a relative sense, they still only make up about 1% of page one SERPs. And with that, and as I've briefly mentioned, the significance of the data here is far more profound qualitatively than it is quantitatively.

Over the past 6-8 months or so, I've noticed a subtle, yet very substantial, change in "SERP features" at multiple levels. This perception, in fact, is what sparked my quest that resulted in this post. For an idea of what I am referring to, just think about all of the more recent changes to Featured Snippets, many of which heavily target user intent on multiple levels.

Indeed, there are numerous new and improved ways that Google has been trying to more energetically meet user intent, or rather, multiple intents, via its SERP features (something I plan on surveying in the near future). To me, the increase in the proportion of SERPs that show both a Featured Snippet and Local Pack is another telling piece of that puzzle. That despite the combination occupying but 1% of all page ones, the shift is reflective of what Google is trying to now accomplish with its SERP features. This creates a whole new world for sites that are trying to share the page with these features. It means taking a whole new look at how to approach the SERP, at what the impact of ranking well is on feature heavy SERPs, and at how to track SERP feature scorings appropriately.

More Than an Uptick? 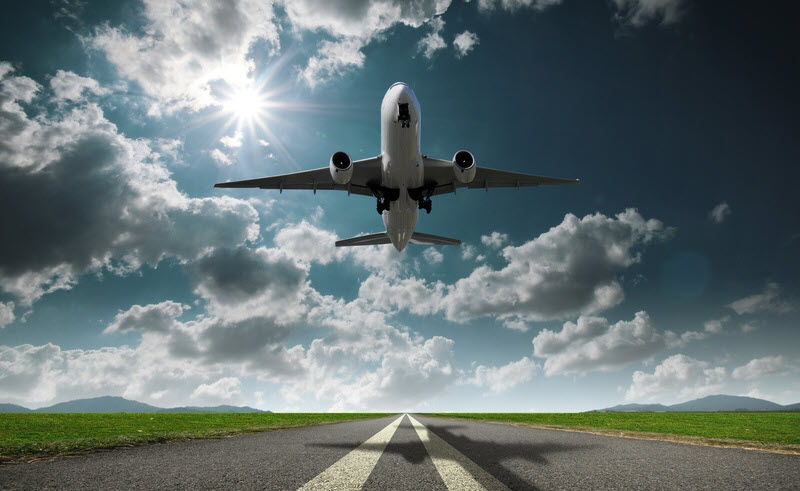 The "surge" in SERPs that contain both a Featured Snippet and Local Pack is more than just an increase in the propensity in which two SERP features appear together on the same page. The uptick is reflective of where sites stand relative to Google's own properties. That said, it would not be if as time went on we started to see even more SERPs that contain both a Local Pack and Featured Snippet. To that extent, I wonder greatly if we will start to see other SERP feature combinations become more pervasive as well. If so, what we are seeing here could be the beginning of a whole new SERP feature bidding system altogether. Time will tell it?!