Well, it's finally here, Google has rolled-out Penguin 4.0. After months of speculation and anxious anticipation, the latest incarnation of the Google's spammy website killing algorithm is upon us. But what does it all mean for you and your site? What makes Penguin 4.0 different than Penguin 3.0? What can you expect now that Penguin has been updated and modernized? 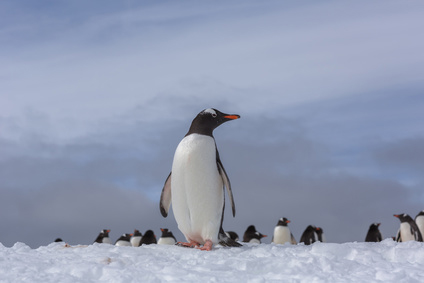 A Bit of Penguin History

Just a bit of basic facts about Penguin. Penguin was first released in April 2012. As our page outlining the history of Google's updates so eloquently says, "(Penguin was) intended to penalize black hat webspam techniques that don't benefit site visitors, such as keyword stuffing and link schemes that attempt to manipulate SERPs." Subsequently, after its April 2012 release, there were another two updates in May and October of 2012.

Following a similar pattern, in 2013 we saw the release of Penguin 2.0 and 2.1, again in May (2013) and October respectively. After 2013's updates, Google only revisited Penguin once in October 2014 with what was dubbed Penguin 3.0. Since then, we have not heard much in the way of Penguin, that is until now with Penguin 4.0.

The obvious question on everyone's mind is of course, what is it that Penguin 4.0 brings to the table that its 3.0 predecessor didn't? There are a few things that you need to know about how Penguin 4.0 is structured versus the way 3.0 was, and it's not all bad.

Penguin 4.0 is Part of the Core Algorithm

You might expect Google's official release of the algorithm update to read something along the lines of, "Penguin 4.0 Released." However, you won't find such a title, instead you will see, "Penguin is now part of our core algorithm." This means that Penguin is now more or less as it will be, barring updates and changes that are on not as "momentous" as say the ones just made. It also means that it's not going away. What it means to be part of the "core" was perhaps best summarized by Google's Andrey Lipattsev:

"It is less about the functionality, which means it probably doesn’t change that much over time, and it is more about how we perceive it, in the context of the algorithm. Do we still think this is an experimental thing, it is running for a while and we aren’t sure how long it will last? Or is it like PageRank, it is part of it, it will always be there, at least in the foreseeable future and then probably call it in certain context part of the core algorithm."

Simply put, Penguin is now like PageRank, it's going to be around for quite awhile in a form that is consistent, more or less.

As part of Google's core algorithm don't expect any further notification about updates to Penguin. In other words, since Penguin is part of "Google's core" and is stable and relatively unchanging, further announcements are in a sense superfluous. There will be, at least in the foreseeable future, no major shakeups to Penguin (assuming what Google said regarding what it means to be part of its core algorithm holds true).

Knowing that Penguin is now this sort of set and stable entity that is part of Google's core algorithm, it would be behoove us to know what exactly this "thing" is, particularity in comparison to its prior version. The new and improved Penguin can be summarized as real-time and targeted.

Real-time: Previously, if your site was hit by Penguin you had to wait a considerable amount of time until it was reassessed. In fact, sites were only reassessed when Penguin underwent an update, which as noted earlier, was not that often. This of course made Penguin 3.0 deadly.

The 4.0 reincarnation is live. Meaning, it's constantly crawling and reassessing. In practical terms this means that in theory a site that has been hit by Penguin could make some quick changes and be restored to its previous self in a relatively short amount of time. On the other hand, it might mean a site could get hit after implementing some bad practices much quicker as well.

Targeted: This change is a bit simpler. Prior to being updated, Penguin hit a site in its totality. According to Google, in its current form, Penguin will analyze a site's pages, and then only lower the rank of specific "outlaw" pages. Parenthetically, I would find it hard to believe that if a site tends to feature problematic pages that Google would ignore this and not devalue the site overall.


Are You Afraid of the Boogeyman? 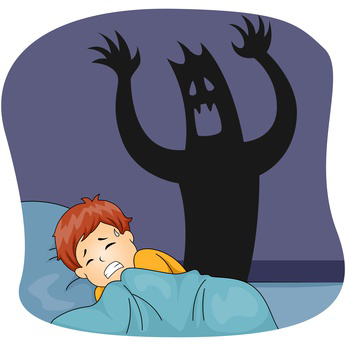 Like the Tom Petty song says, "the waiting is the hardest part." Being that Penguin has not undergone an update for quite some time the suspense was killer for the SEO community and sometimes the long-waited anticipation of a thing can blow it out of proportion. The bottom line is, if you are practicing safe and solid SEO practices, you should not have anything to fear from the boogeyman that is Penguin 4.0. I would argue you have less to fear being that the latest version of the algorithm is like its namesake, frigid but ultimately warm blooded. Operating in real time is a major step forward from where the SEO community was a week ago with penalized sites praying fervently for the next update. At a minimum, the SEO community can ease its collective mind, knock the monkey off its back, and take solace in the fact that no one has to wonder when the next Penguin update will be rolled-out and what it will mean for the community at-large.