Don't forget, you can keep up with the In Search SEO Podcast by subscribing on iTunes or by following the podcast on SoundCloud!


Summary of Episode 58: Synching Your SEO and PPC Efforts 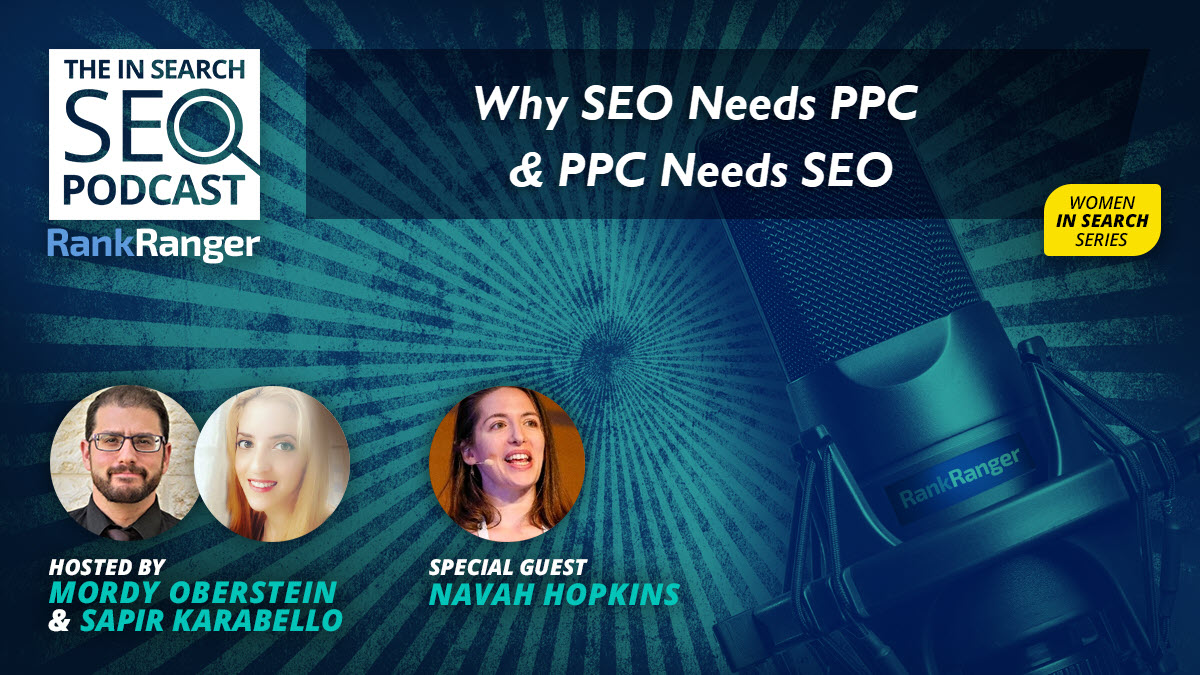 The one and only Navah Hopkins joins us to talk about the relationship between SEO and PPC:


Plus, everything and more of everything on Featured Snippet de-duplication.

Now, what’s interesting is that we thought of Google ranking the results and then deciding to pull one of those results at the top of the SERP for its Featured Snippet. But now with Google not ranking the URL among the page 1 organic results, that narrative perhaps needs revision. Perhaps, and this is just speculation, deduplication reflects Google taking a new look at its Featured Snippet algorithm.

With the change, everyone started seeing that Featured Snippet URL at the very top of page 2 which seemed suspicious. So we ran the data and found that indeed all Featured Snippet URLs were at the very top spot on page 2 which would seem to imply that Google was manually placing it there. Does this mean that Google is manually manipulating organic results?!

No, they’re not and Google, of course, denied this. Mordy came back to check on these URLs on the 29th only to see… they were gone! Full deduplication.

Onto Explore Panels, those hybrids between Featured Snippets and Knowledge Panels that appear to the right of the results. Now, these got everybody freaking out because with deduplication the only time you had a URL was at the right side of the page which is not good for CTR.

So when you’re looking at your ranking reports, make sure you’re able to identify and separate between the position one rankings that are Featured Snippets and the position one rankings that are your traditional organic results. With Rank Ranger, we give you numerous ways to isolate your Featured Snippets from standard results ranking at the top position.

New Removal Tools in Search Console: Do you temporarily want to hide your pages from the SERP? Well, Google has just the tool for you…. Google has a new "Removals” Tool inside Search Console that can do this… and a bit more.

Jumpshot is Shutting Down: Jumpshot, an analytics firm that falls under the Avast umbrella, will be closing its doors. Avast said that it would wind down Jumpshot as a bit of scandal over its selling of user data has heated up.

If Google were your neighbor what would you bring it to welcome it to the neighborhood?
Sapir said Google would know that Sapir is obsessed with BTS and will give Sapir a BTS album.

Mordy said it all depends on the kind of neighbor. Are they rowdy neighbors or nice neighbors? If they were nice neighbors Google will bring a cherry pie because cherry pie is the best pie, but if the neighbors were spammy and were selling links in their basement, then Google will ring the doorbell, punch them in the face, and yell, "Manual action!”

Tune in next Tuesday for a new episode of The In Search SEO Podcast.