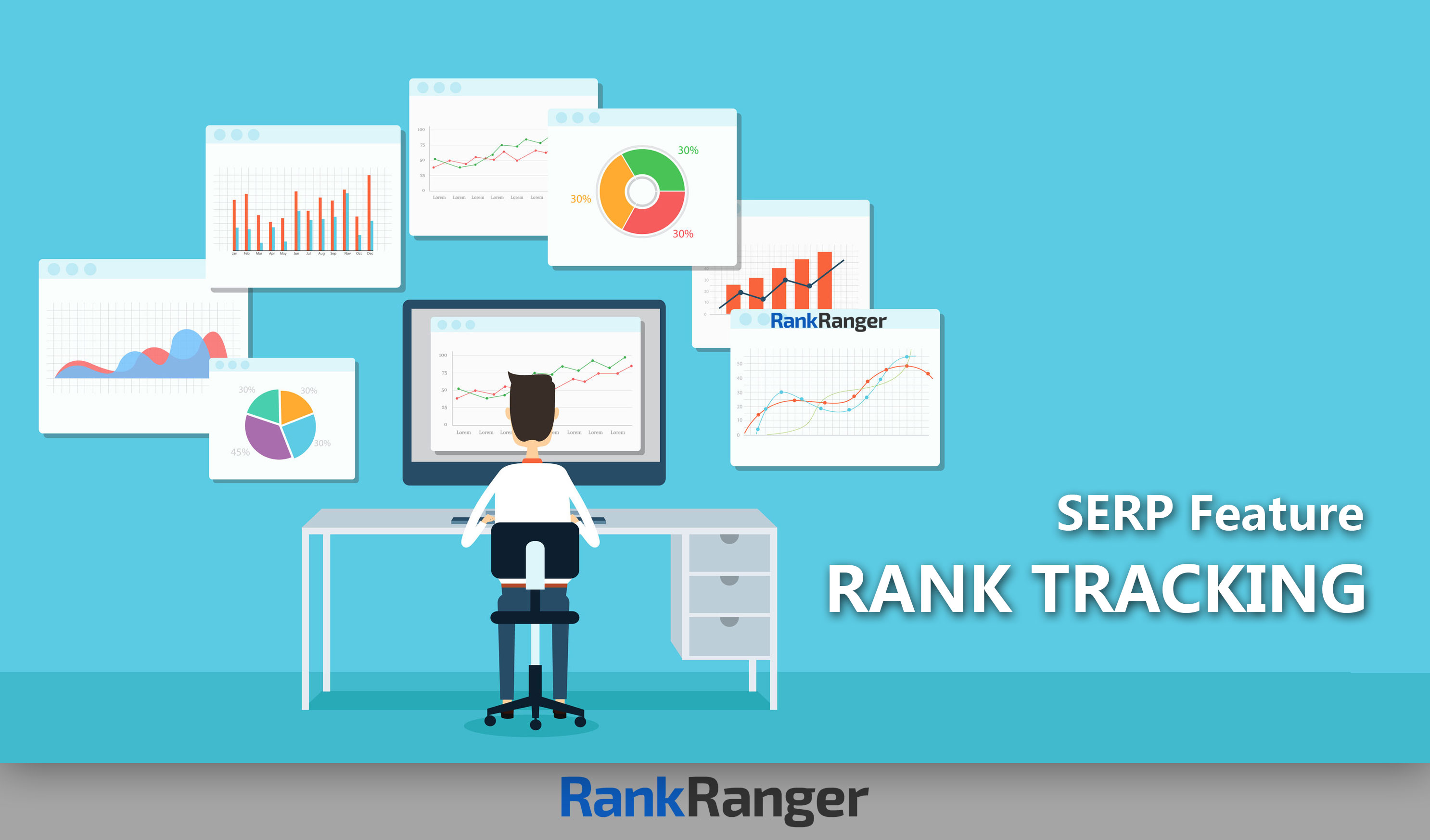 There is no question, SEO has changed dramatically over the last few years.

Traditionally, for any given search Google would simply show ten blue links. This meant that where your link was positioned would influence how much traffic your page would get.

In that world, getting to the top of Google meant everything.

Fast forward a few years and Google Search is now filled with visually distracting SERP features that dilute the power of your blue links. Instead of moaning and lamenting about how things were once better, a good SEO needs to build out a strategy that now includes SERP features. 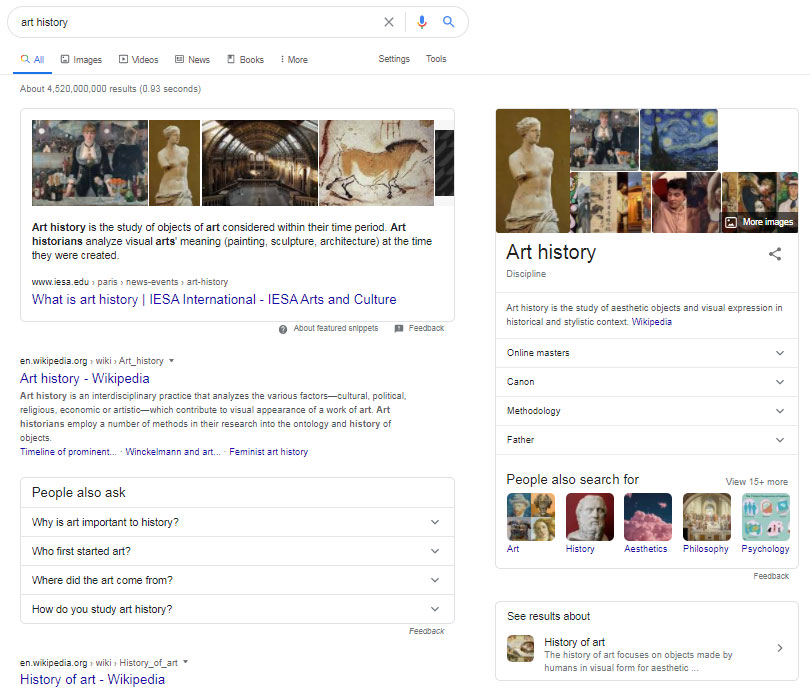 In this post, I’ll show you how to use your rank tracker to find insights that will help improve your site’s traffic potential.

Now before you ask me what's a rank tracker. A rank tracker is an SEO tool that tracks how your webpages are performing in the search engine results pages. Some rank trackers give you SERP feature data.

Now, since the point of rank tracking is to give you feedback on how your SEO strategy is playing out, I first need to discuss how SERP features fit into your overall strategy…

It’s important to understand that there are two different key metrics to focus on to improve your site’s traffic. The one we all know about is rankings. Simply speaking, higher rankings mean more clicks.

However, the second metric can really move the needle on your traffic.

That metric is visibility.

Simply put, visibility is a measure of how noticeable your URLs are to Google users. Things that influence your site’s visibility are:

Where this becomes relevant is, even if your URL ranks in the top spots in Google it could still be below-the-fold. In such a case, you won’t be getting the most out of your rankings. 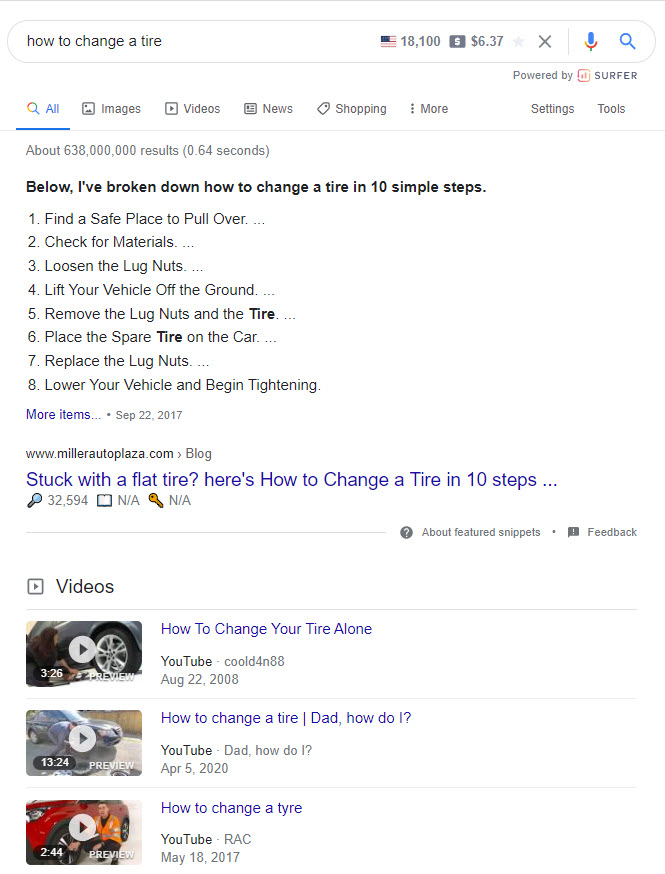 In the above screenshot, the URL in position two is below-the-fold.

The gigantic Featured Snippet and the video carousel are stealing its visibility away in spite of the URL’s high ranking.

This means understanding a site’s visibility is just as important and in some cases more important than its organic rankings.

To understand this, take a look at the Absolute Visibility report…

This report is designed to give you a complete understanding of your site’s visibility by giving you a visibility score that is based on whether your URLs are above or below the fold and in relation to any SERP features that are present on the SERPs.

There are two ways you can do that.

Either increase your page’s rankings or win SERP feature spots that are already above-the-fold.

Once you have a big picture snapshot of your site’s visibility, you now need to look at each page individually.

On the Absolute Visibility report, you can look at your separate landing pages to see:

This granular report will help you improve your individual pages by showing how you can improve your separate landing pages.

For instance, in the screenshot above, you’ll notice that in spite of being ranked in position one, the top two URLs are below-the-fold (see the ATF column.) This means there are SERP features that are pushing the top-ranking URL below-the-fold, resulting in an Absolute Visibility score of 5.97 (out of ten).

The way forward in a case like this is to try to win a SERP feature. To help you out, the report shows you a list of features.

As you can see in the screenshot above, some of the SERP feature icons are black and some are gray.

In the case above, the site has several SERP feature opportunities such as a Product Carousel, Top Stories, and Related Questions, all of which could help improve the site’s visibility.

But, before optimizing anything, the site owner should first check to see how competitive the feature is. Going after a SERP feature that’s too competitive can be a frustrating waste of time.

To see how competitive a feature is, go to the SERP Feature Monitor.

The SERP Feature Monitor will tell you how competitive a SERP feature is on any keyword you are tracking.

For instance, in the screenshot below you can see a Video Carousel on the SERP for the term ‘how to play poker’. 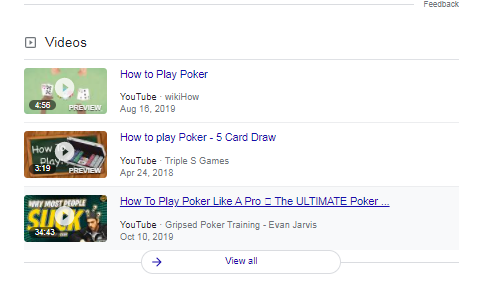 You’ll notice that the Video Box features only three videos.

If we take a look at the Video Box in the SERP Feature Monitor you’ll see that within the three video spots six videos have been shown over a 30-day period resulting in a chaotic-looking SERP feature graph. See below.

When the graph looks unstable you know the SERP feature is unstable. An unstable SERP feature generally means an opportunity for you the site owner. The reason is, when Google begins swapping videos, you know that Google is most likely unhappy with some or all of the videos that are currently ranking.

The SERP Feature Monitor also shows you more granular data. If you look at the screenshot below, you’ll see all the videos that were ranking in the Video Box over the last 30 days. 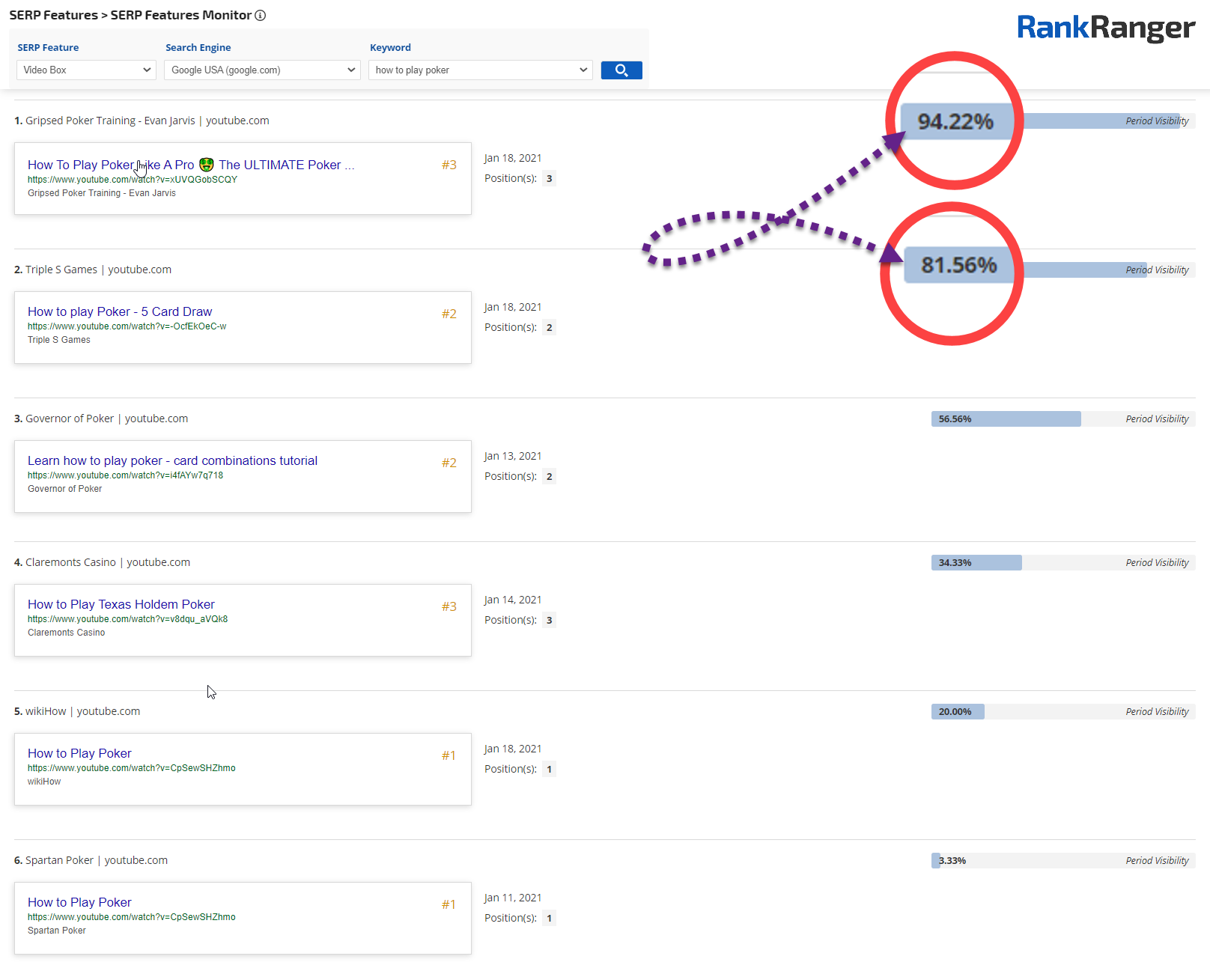 This means, in all likelihood, that Google is happy with these videos, but Google is testing other options for the third spot. This is an opportunity to get your video into that third spot.

To win this spot, try creating a video that is targeting the search query. (I’ll get into the specifics of this in a further post.)

Now that you’ve seen how to find opportunities and how to evaluate them, let’s look at the SERP feature big picture...

SERP Feature Tracking in a Nutshell

Hopefully, in this post, you’ve learned how visibility is an essential part of your overall SEO strategy. What’s more, you’ve most likely seen how SERP features influence visibility in a fundamental way.

This means by building SERP features into your overall SEO strategy and by focusing on them you could potentially see a substantial gain in your site traffic. In fact, winning SERP features, in many cases, presents an easy gain that can be achieved in a fraction of the time that it takes to improve your organic rankings.

However, in order to succeed you must have tools that give you insights into:

Having data like this can save you hours of frustration, helping you win on the SERPs.

Darrell Mordecai
Follow @MordyOberstein
Darrell is a content marketer at Rank Ranger. While working as the SEO manager at a small marketing agency, Darrell discovered his love of marketing and SEO.