Get set to explore another wild month on the Google SERP as the search engine continues its trend of both confirming algorithm updates (with what is perhaps some ambiguity) and making major changes to what the SERP and its features look like. April, in particular, came with a change that has some serious potential to alter how users interact with sites on the mobile SERP. 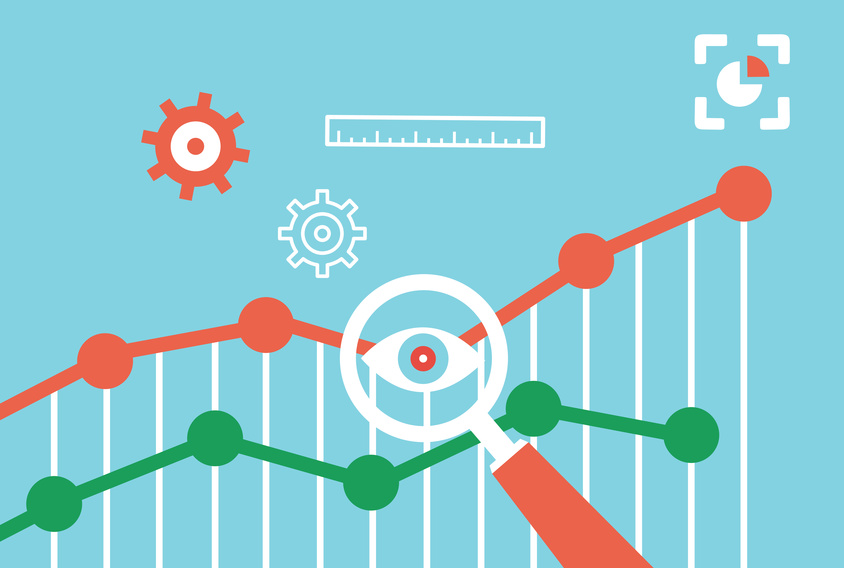 
What's more, and like the Google update tracked in March, Google on April the 20th again confirmed that indeed they had rolled out an update. Nice as this is, and it is nice, I believe there is more than meets the eye here. Both here and back in March, Google's search liaison, one Daniel Sullivan, informed sites to suck it up because if their rankings dropped, there's nothing they could do... i.e., this one was not about quality. On top of that, Google's John Mueller said that the March update was "more around relevance" as opposed to quality. He went on to explain that older content may no longer be relevant, etc., etc., etc.

That's all fine, but I don't think that the only pages hit were ones from the Stone Age. As opposed to how Google is portraying it, I think the "relevance" they are referring to has less to do with reevaluating the applicability of certain sites within the modern age and more to do with improving how Google understands query intent. With that, of course, comes the ability to better determine relevance. In other words, I suspect that these updates are more about machine learning recalibrating itself than anything else.

After the algorithm update, I think this is the biggest news the April SERP... which is why I put it here... right under the algorithm update. We first got a whiff that Google was doing away with mobile SERP pagination when the news broke that the search engine was expanding its testing of the 'More results' button. 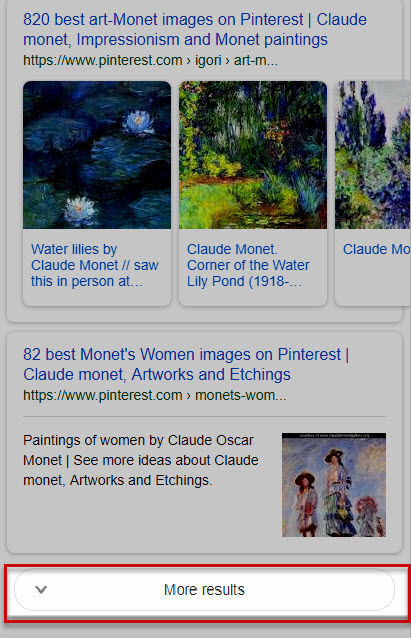 The 'More results' button on mobile replaces pagination
The button, which loads more organic results without having to go to another independent page, was a long-standing test on the mobile SERP. For some time there had been speculation that this format would replace pagination on the mobile SERP. Which is exactly what happened. On April 11th, we got official word that pagination was a thing of the past and that we would be solely seeing the 'More results' button on mobile.

While this seems like a relatively benign change, the implications are potentially immense. How so? Well, the data shows that the faster and easier more results load, the more results users will look at. Not only that, but the faster users can scroll down to see more and more results, the less they notice and read. That is, as users can more easily access results, they tend to not read as much as they do skim. Thus, and in a nutshell, Google's "More results' button means users will most likely look at more results than with pagination, but not read the titles and/or meta-descriptions as closely.

Here's a full analysis of the implications of the 'More results" button along with the winners and losers of the new mobile SERP format.

In early April, we released a study that points to Google giving perhaps too much weight to search location within its local algorithm. After running 226 local searches, I found that Google prefers to show two local listings within close proximity to each other (and the actual search location), with one last result further away. 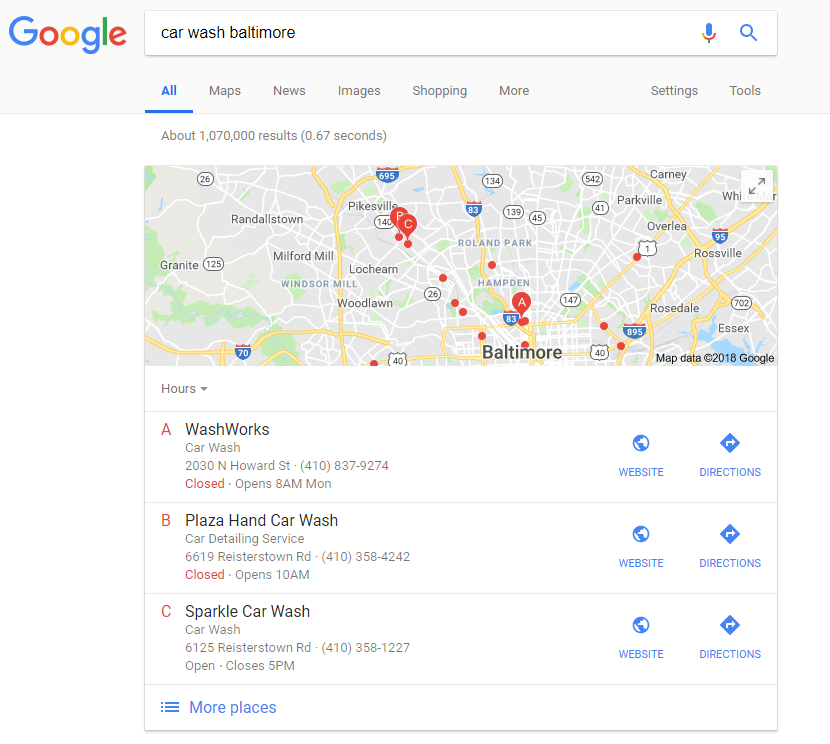 
Besides this pattern being interesting in its own right, I found that Google does not discriminate between searches that are specifically intended to cover wide geographical areas and those that are not. That is, Google shows the same 2:1 clustering pattern both within cities as well as entire states. For example, queries covering the entire state of Texas (which covers 268,597 square miles) showed the same two clustered results shown in cities like Boston (89.63 square miles). 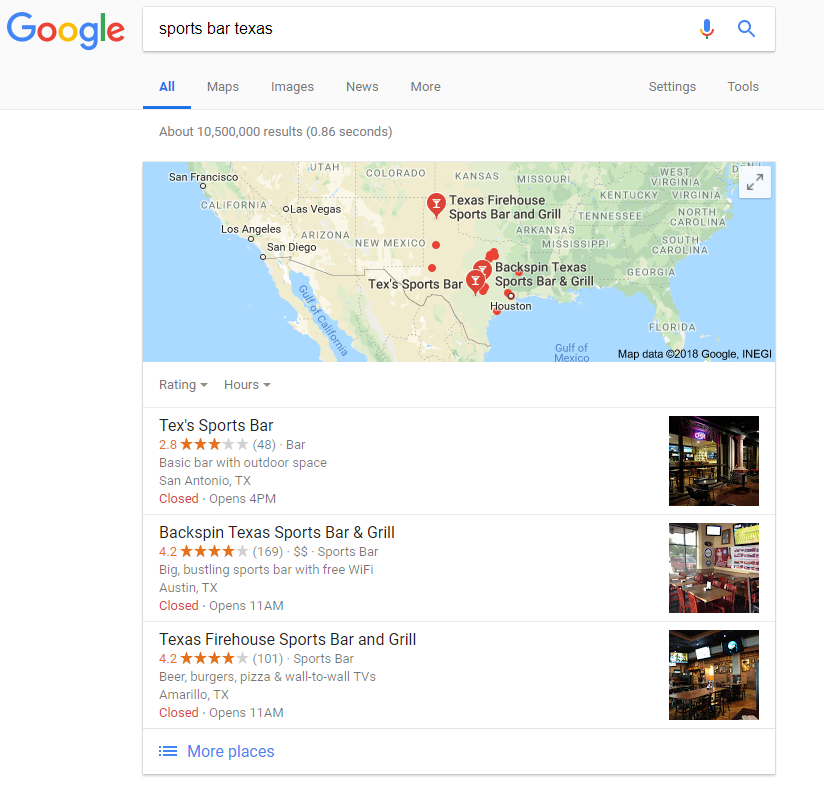 The 2:1 Local Pack clustering pattern as seen for a query that lacks refined location intent


The issue here is that Google seems to offer the same local listing pattern no matter the intention of the query. None of the queries I performed were done within 500 miles of any of the locations searched for. Yet, Google still ascribed me a location within the city or and showed me the 2:1 clustering pattern roughly 65% of the time. While the pattern is helpful to local users looking for the closest location, what about tourists doing a search from halfway around the world? Do they really want clustered locations centered around a local, and in this case ascribed, search location or do they want to scour the best the given city has to offer?

Get the full results and read the full analysis of our Local Pack study here.

Google Ups Autocomplete Scrutiny and Downgrades Your Custom Made Meta-Descriptions

1)  Google to Remove More Autocomplete Predictions: Google's autocomplete feature is one the elements that have given the search giant some trouble within the recent past along with fake news results and the like. As part of Google's recent efforts to offer up a bit more by way of transparency, an official blog post released in April highlights how the feature functions and why sometimes controversial content appears within it. As part of its write-up, Google also committed to taking new and stronger action to prevent hot topic controversy from making its way into the autocomplete suggestions. 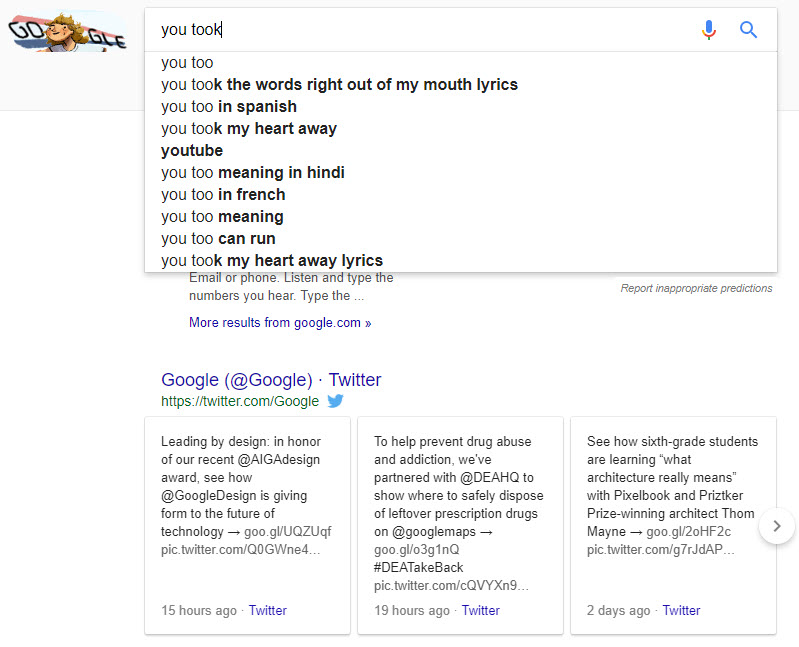 
2) Google Tends Not to Use Your Custom Created Meta-Description: Despite giving sites more room to express themselves within the meta-description, a study released towards the end of April shows that Google doesn't really use them. Instead, quite often the search engine creates its own meta-description for you. The study indicated that when doing so Google tends to use content from the first paragraph on the associated page.

It's that time again. Time to take a hard look at what changes Google made to its ever-important special search features. From Featured Snippets to ads, April, like every month before it and most likely after it, had some real doozies.


Multiple Featured Snippets Under One Title: Mobile Featured Snippets, per an update to the feature announced back in December 2017, can now contain a title that the snippet "falls under." The funny thing is, that while doing some research, I came across the same title, but for different (but highly related) Featured Snippets:


Check this out, Featured Snippet "titles" on mobile relate to more than one snippet (seems to be categorical). Ever see this behavior before? @rustybrick @sergey_alakov pic.twitter.com/PHIioTH2Un


Ads on the April SERP

I haven't talked about ads on the SERP much in the recent past. That said, and like Featured Snippets, there were two interesting pieces of news for ads on the SERP last month.


Advertising One-Liners on the Google SERP: No, this is not a joke. On April 24th, SERoundtable reported that Google was testing one line ads on the SERP. The ads were shown in a box that contained a series of URLs and the associated favicon of those URLs. It's an odd format, that I can't imagine will become part of the AdWords package, but you never know. 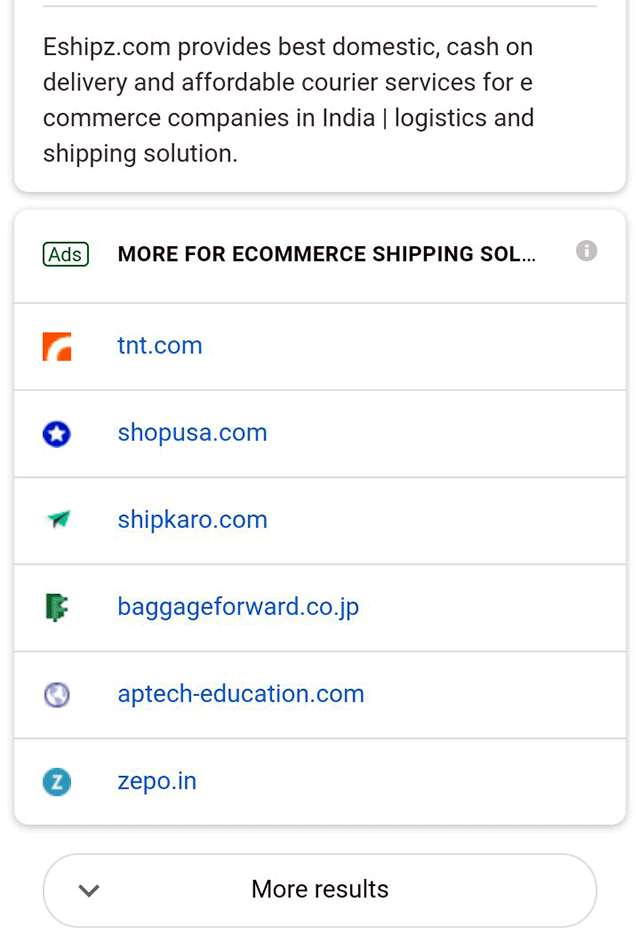 In this test, Google experimented with two successive product carousels on mobile. Over the course of April, I saw multiple sources discussing this format's appearance on the mobile SERP. Obviously, having two product carousels in succession significantly increases the chances of a user engaging with a sponsored product posting.

In early April, Google gave businesses the ability to add a listing or "menu" of services to the Local Knowledge Panel on mobile. Until now, "menus" quite logically appeared for restaurants, but not for general businesses. Now, with the new Services tab, the broader local business community can showcase their services inside the Local Panel.

Last, but not least, a never before seen SERP featured was spotted on the April SERP. Called 'Interesting Finds', the feature seems to present articles related to the query in a box that contains four results. The box does allow access to more such results, which appear to usually consist of AMP-optimized pages. 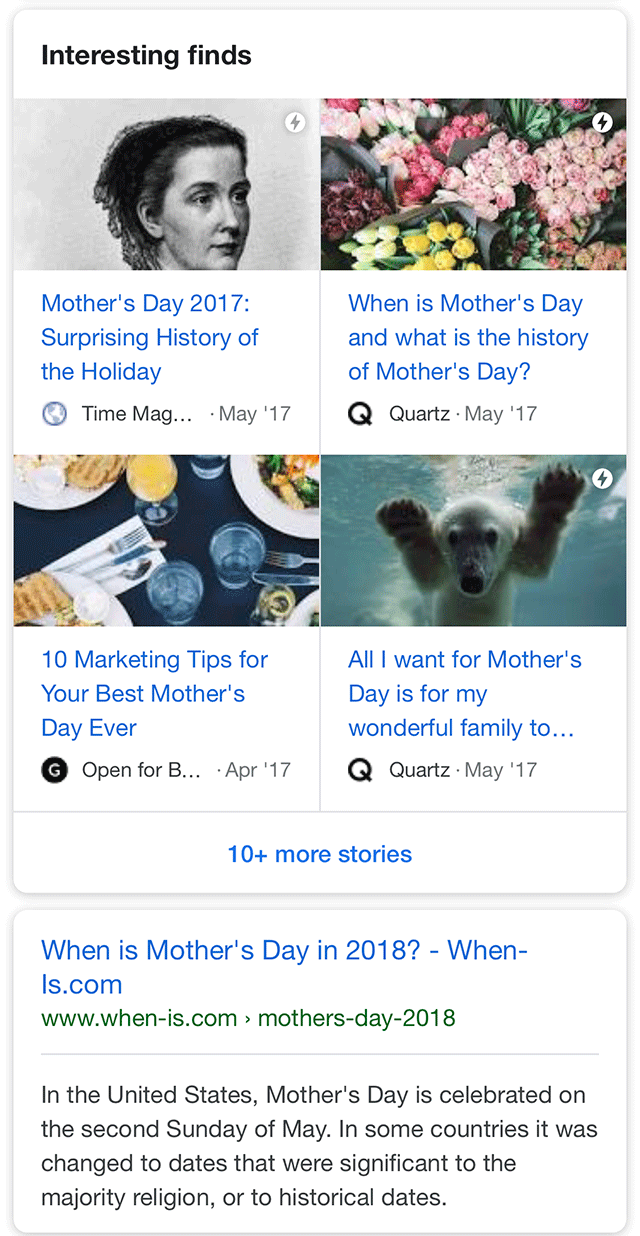 Are these "confirmed" Google updates really about Google improving its ability to interpret intent? Should Google update its local algorithm to better handle searcher location when proximity is not a factor? Are Local Pack listings too focused on the searcher's location? Who stands to lose the most from the mobile SERP's 'More results' button and who is likely to benefit from the loss of pagination? What do you think of Featured Snippet refinement? Do you think Google will ever go with one line AdWords ads?

Reach out and let me know what you think!