Roaring like a lion, May started off the month with some serious SERP noise. Last week I thought that the Rank Risk Index could not get any hotter, oh how I was wrong, so very wrong.

Fig 1. The Rank Risk Index displays a high risk level of 93 on May 7


Saying that something was "up" would be a monumental understatement. There was some sort of seismic shift that occurred last week, but what? Was there one momentous quake that shook things up? If so, what? Are these fluctuations perhaps better explained as a series of smaller tremors that amounted to serious movement? These are all solid questions.

Normally, when I see something off with the SERP and I haven't heard of any major Google update or roll-out I check the SERP Features tool to see if there is any peculiar movement or striking patterns. In this case, there are indeed two sets of SERP Feature patterns that could indicate a "Google event" of sorts. Interestingly, many of the features started a dip that began between May 2nd and 3rd, with some lasting longer than others.

Fig 2. Breadcrumbs, Carousels (White and Black), and Reviews start to drop off between May 2 -3


Between May 2 -3, Breadcrumbs, Carousel (White), Carousel (Black), and Reviews began their short-lived declines. You could say that a drop in Carousel results might just be the effects of less queries related to the feature. However, that both White and Black Carousels dipped and rose according to a similar numerical trajectory could indicate it was purposeful. Similarly, Breadcrumbs began to drop on May 3 in similar proportions to Reviews, both without rebounding on the 4th like Carousel.

Like the Carousels, the second set of features also took a one day dip in the shallow end.

But you saw the Rank Risk Index. Are these dips really enough to light such a hot fire under it? I personally would think not, just my opinion. So what else could it be?


You may have woke up on May 7th, turned on the 'ol PC, typed something like, I don't know, "Parkinson's treatment" into Google and gotten some odd results. If you didn't that's OK, because I did and what I got made me want to shout something colorful at my screen, literally.

Black Organic Results on the SERP 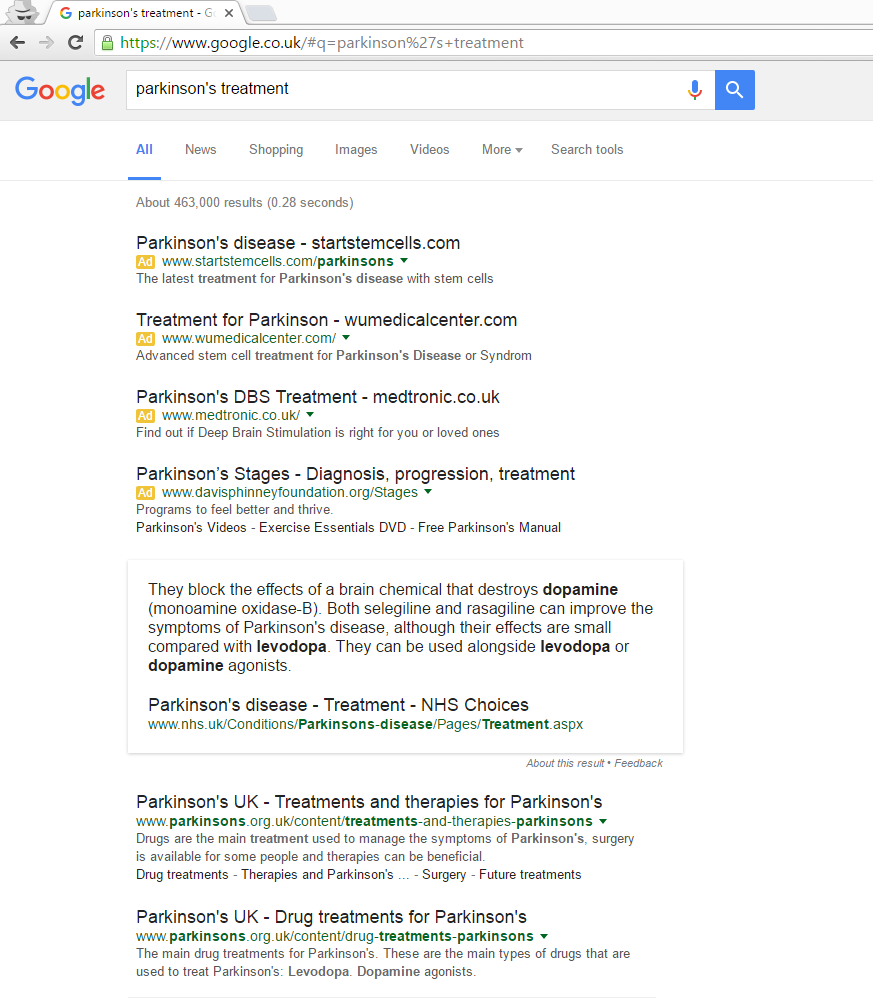 
Do not attempt to adjust your monitor, this is not a test... actually it might be. On May 7th it was reported that Google was testing organic results in different colors, including red in China. Google has been fidgeting with the SERP over the past few weeks, but something like this is a far cry from the traditional blue we've come to know and love.

OK, so this is definitely something far more substantial than your average day long data dips. In Aristotelian logic, color is inherently considered accidental. Just as a table is still a table no matter what color it is, a SERP is still a SERP no matter the color as well. You can put lipstick on a SERP, but it's still a SERP. Sure, if I saw the Rank Risk Index rise and warm up a bit, I might say it was all because of this colorless test, but with a risk level of 93 I'm not willing to wager such a bet.

As an aside, I don't about you, but I seriously dislike the lack of color, it's depressing... again just my opinion.


Summing up the SERP

If I were a betting man (which I am not), I would say that there was most likely some sort of algorithm update last week at Google. As I'm not a Google prophet, I wouldn't bet all of my chips on it. There could be a slew of things going on behind the scenes at Google, and no one, other than Google, can say with 100% certainty what the driving factors are here (at least at this point).


An Interesting Twist on Ads

Moving on, and in an effort not to ignore the rest of the world (they have SERPs too), let’s take a look at how Ads did in a few countries. Looking at how Ads performed last week in the US, France, Canada, and Australia, the pattern, in Jeffersonian terms, is a truth I hold to be self-evident. Two groups clearly emerge, Australia as intertwined with Canada along with the US as intertwined with France.

Fig 5. Ads in the USA and France shown a similar pattern to Ads in Australia and Canada


In fact, I speculate that the all too similar trajectories of these groupings of countries could give us a wee glimpse into the mind of Google, perhaps indicating that at times Google chooses to throw various countries on similar paths. The groupings themselves make me wonder if Google might in some sense categorize countries together. Here for example, the two pure English countries (America and Australia) performed similarly, while France and its French associated Canada (yes, I of course realize there is a greater Canada outside of Quebec) trended up along a similar path.

Let's perhaps start a new tradition on the SERP Snapshot and focus in on a specific country's SERP trends. While using the SERP Features tool to sift through worldwide SERP data, I stumbled upon Related Questions in New Zealand. 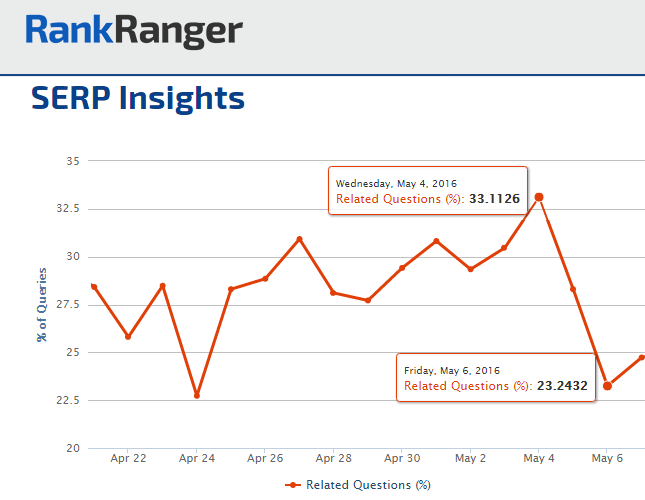 Fig 6. Related Questions in New Zealand drop 10% between May 4 and May 6


It's not hard to see why it caught my eye, within three days there was a 10% drop in the feature's appearance on the SERP. Was it so hard for Google to relate to the questions in New Zealand during that three day window (pun intended)?

In truth, there was a lot of movement on New Zealand's SERP last week (which to be perfectly honest is why I chose to highlight it this week).

Fig 7. Showing in about 40% of results on Sunday May 1, Ads presence rose approximately 6.7% last week in New Zealand


Just looking at Fig 7. you can see there was a tremendous amount of movement on New Zealand's SERP last week. Ads rose more than 6% during the week while Answer Box rose more than 11% and Local Pack spiked up 44.6%. Adding some fun to the figure, the percentage of results showing with SiteLinks and Breadcrumbs fluctuated all week long, making New Zealand's SERP data look a bit like a roller-coaster.

So Long SERP (for now)

What do you think was behind the sudden spike on the Rank Risk Index?

More importantly (kidding), what do you think of the black organic results? Chic or so the pre-advent of color display?

Do you think Google clumps countries together on the SERP? If so, based on what criteria?

As always, let me know your thoughts.