Google has recently been breaking out of the box with all of its tests to the layout of the SERP. First we saw tests to the color of Ad tags, then we saw the color of titles within organic results disappear, and just last week we saw the entire search column widened. Last week, as yet again our Rank Risk Index spiked, Google puts itself back into the box, quire literally, with its latest experiment.

With the SERP and its layout spinning and morphing like colors within a kaleidoscope as of late, you may have come to expect anything... except this. We all know how significant the mobile web has become (in this author's opinion, this trend is only going to continue). Whether it has been Google's mobile-friendly algorithm update, or AMP pages, or Rich Cards, the chatter around mobile has only been increasing. So, I guess it would make sense for Google to bring the mobile web to desktop, right? Well this is sort of what they did. On May 19th it was reported that some results in various countries were showing within a card/box, much the way an organic result on mobile appears. Thus, Google has ironically stepped back into the box as it attempts to break out of the box.


The (Rank) Risk of Boxed in SERP Results

Just as you may have suspected, a major shakeup like this saw a corresponding spike on the Rank Risk Index as it heated up to a risk level of 87 on May 20th, just one day after Google's cards were revealed and its new test discovered.

Fig 1. The Rank Risk Index takes a one day spike hitting a risk level of 87 on May 20


This all sounds simple enough... Google goes wild, shows desktop results within cards as it does mobile results, and the Rank Risk Index skyrockets. Well if you ask me, it all sounds too simple in my opinion. I for one am getting a bit skeptical of all of the various tests to the SERP that cause these risk level flareups. It can't just be that that a few layout changes are behind these startling SERP fluctuations, there have to be some sort of algorithm changes occurring simultaneously (in my humble opinion, that is). It just makes me feel like I'm six again and watching some second rate magician light a few sparklers on fire so we'll all be distracted enough not to see what he's doing with his other hand. But, I need proof, or something like it.

While I don't have cold hard evidence or some sort of confession from Google, I do have our fantastically awesome MOBILE Rank Risk Index. Now, if the surge noted in Figure 1 was merely the result of a test to the SERP on desktop, there would be no reason at all to suspect any sort of spike on the mobile index, let alone on the same day, let alone to the same relative number.

Fig 2. Mobile SERP fluctuations rise in conjunction with desktop levels as the mobile index reaches a risk level of 84 on May 20


Would you look at that (i.e. Figure 2), the mobile SERP behaved almost identically to its desktop counterpart, as it reached almost the same risk level on the same day (May 20). In my mind this throws a serious wrench into the theory that tests to the SERP layout are responsible for all of the high risk levels we've seen recently, including last week's.

I know Google denied that any sort of major update was behind the risk level heights of May 6 - 13. However, maybe we should be more exact and look a bit more closely at what Google actually said.

On May 11, John Muller wrote on Twitter saying, "To be more direct, I'm not aware of anything crazy, but there are always changes (on our side and on the web)." Is that really "more direct?" That's not exactly the equivalent of saying there were no updates. Let's play lawyer for a second. If indeed there we no updates behind the spikes, why not just say, "we have not released any updates," and leave it at that? What's this whole language of not being aware of anything "crazy" and "there are always changes," etc.? It sounds like something you might hear a President's press secretary say. Like any good President would do, why didn't Google unequivocally deny the charges?

This is of course conjecture, but it could very well be that Google did roll out a series of "non-crazy" updates and in order to distract us and sneak them in surrounded the updates with flashy, sparkly, hypnotizing lights, i.e. the tests to the SERP.


Ad Behavior on the SERP: What in the World? Part I

When checking in with our SERP Features tool, as a I do each and every day, I noticed that Ads in a slew of countries were taking on some sharp movement. For your convenience I've plotted the data onto the Insight Graph so that you can see this plethora of information all at once.

Not to overwhelm ourselves let's start with the United States, Canada, Singapore, New Zealand, Israel, and Germany. 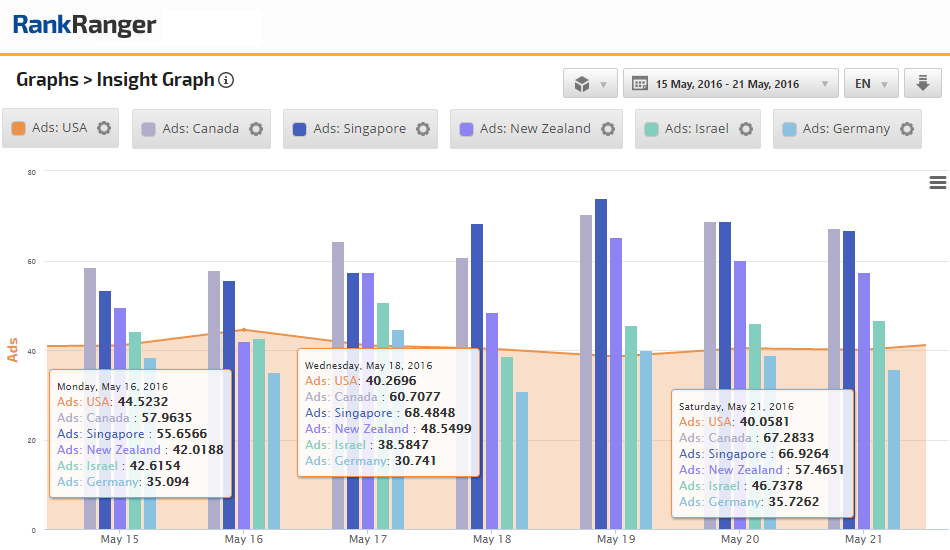 Fig 3. Ads fluctuate in numerous countries, at times reaching an approximate 10% shift as shown in the case of Singapore and Germany


While the USA displayed a rather consistent "Ad showing," the same cannot be said for the other countries presented. Ads in Canada began the week on May 15 appearing in about 58% of queries and ended up at approximately 67%, an almost 10% increase. Similarly, on Sunday May 15, Singapore showed Ads in roughly 55% of its queries before ending the week showing Ads in almost 67% of queries. While not showing a 10% shift, New Zealand did display significant movement. Though ending off the week showing a roughly 7.5% overall increase in Ads displaying within queries (as it started the week on the 15th at 49.7%), Ads in New Zealand took a turbulent path to get there first showing a 15% increase between the 16th and 17th, only to fall 9% the next day before taking another 15% increase between the 18th and 19th.


Ad Behavior on the SERP: What in the World? Part II

Not to be outdone in their Ad volatility, Ireland, France, Brazil, Mexico, and Russia vacillated pretty well themselves. 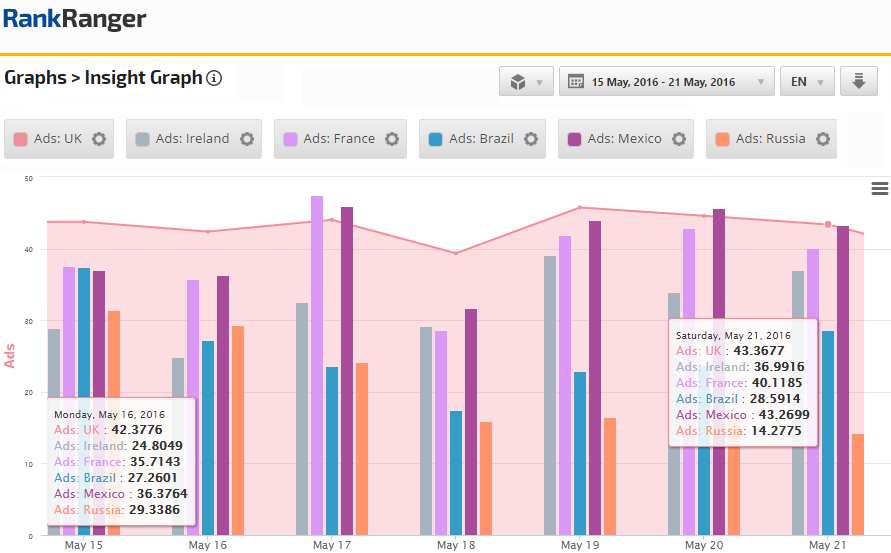 Fig 4. Ads vacillate upwards of 10% in countries like Russia


Like the USA, the UK remained relatively stable all week. However, Ireland had a wild "Ads ride," dropping about 4% between May 15th and 16th before increasing around 15% by the 19th, ultimately showing an approximate 8% increase by the end of the week (as it began on the 15th at 28.9%). France showed an enormous increase of about 12% between the 16th and 17th before ending the week up only about 2.5% (as Ads showed in 37.5% of queries on May 15).

Ads in Brazil had an epic fall dropping 10% between May 15th and 16th (it began at 37.45%). By week's end Brazil had fallen a total of about 9%. Mexico began the week on May 15th at 37%, but skyrocketed between May 16th and 17th, increasing about 10% in one day. Though between the 17th and 18th Ads showing in Mexican queries had fallen roughly 15% before ending the week with a 6% net increase. Lastly, Russia showed a steady decline of Ads within queries, ending the week roughly 17% lower than it had been at week's start on May 15th, where Ads showed in 31.45% of queries.

All in all I think it is safe to say that Ads had a roller coaster of a week throughout the world.

Last but not least, and not nearly as dramatic as Ads, let's take a peak at how Featured Snippets performed in a few countries.

Fig 5. Featured Snippets takes a similar shift between May 16 and 17 in various countries worldwide


Unlike Ads, the story here is not in the wild fluctuations levels. In fact here, the percentage increase overall is not overpowering. What is interesting to note is the uniformity. Between May 16th and 17th English speaking countries, like the USA, UK, Ireland, and New Zealand all underwent the same data shift. This in my estimation would be indicative of a purposeful Google event.

Do you agree with my theory behind the recent Google tests in relation to risk levels? What's your thinking behind the plethora of tests followed by the radical risk level increases?

Have you noticed Ads taking a significant and wild shift in your country? What do you think is behind all of the Ad movement? While you're at it, why do you think Google shifted the trajectory of Featured Snippets in English speaking countries?