In July I posted about Twitter introducing analytics for organic tweets, however that was only for business and verified accounts, meaning if you had already run ads with Twitter, you could access this. Now Twitter has introduced analytics for everyone, giving people more information about their Twitter accounts without using a third party tool.

This information is very important in order to grow a personal account. It has always been possible to track these analytics through other tools (I use Bufferapp), but it is more convenient to be able to do it directly from Twitter. If you choose to post directly from Twitter or another platform, all your tweets are appearing on this page.

The new analytics has all the information you need including: 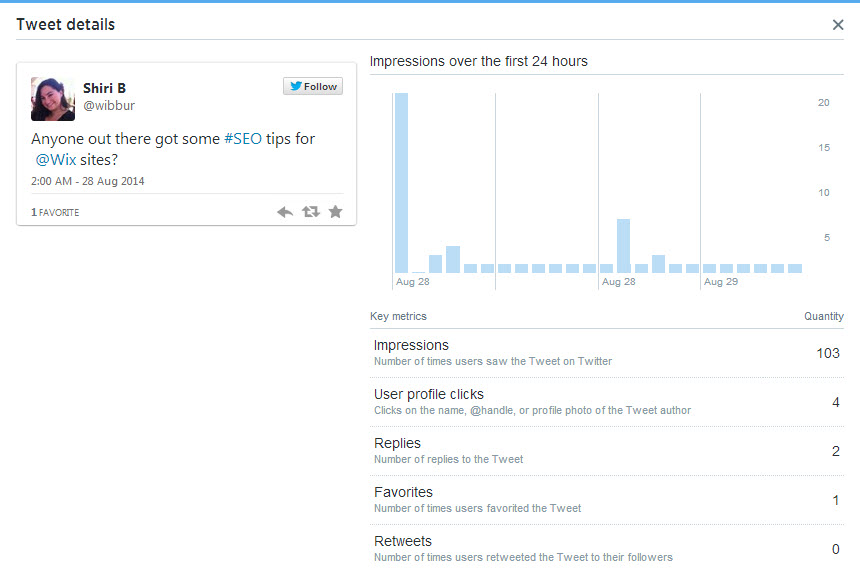 According to Twitter "The Tweet activity dashboard is available to users who primarily tweet in English, French, Japanese, and Spanish, and have had an account for at least 14 days. We’re working to roll this out to everyone soon."

For more information directly from Twitter, take a look at their support page.