The Task Manager Report is a progress report for all the tasks broken down into campaigns. All tasks that are not assigned to a campaign are listed under No Campaign line with the combined progress report. Report can be set to send weekly Email Notifications.

The progress report consists of: 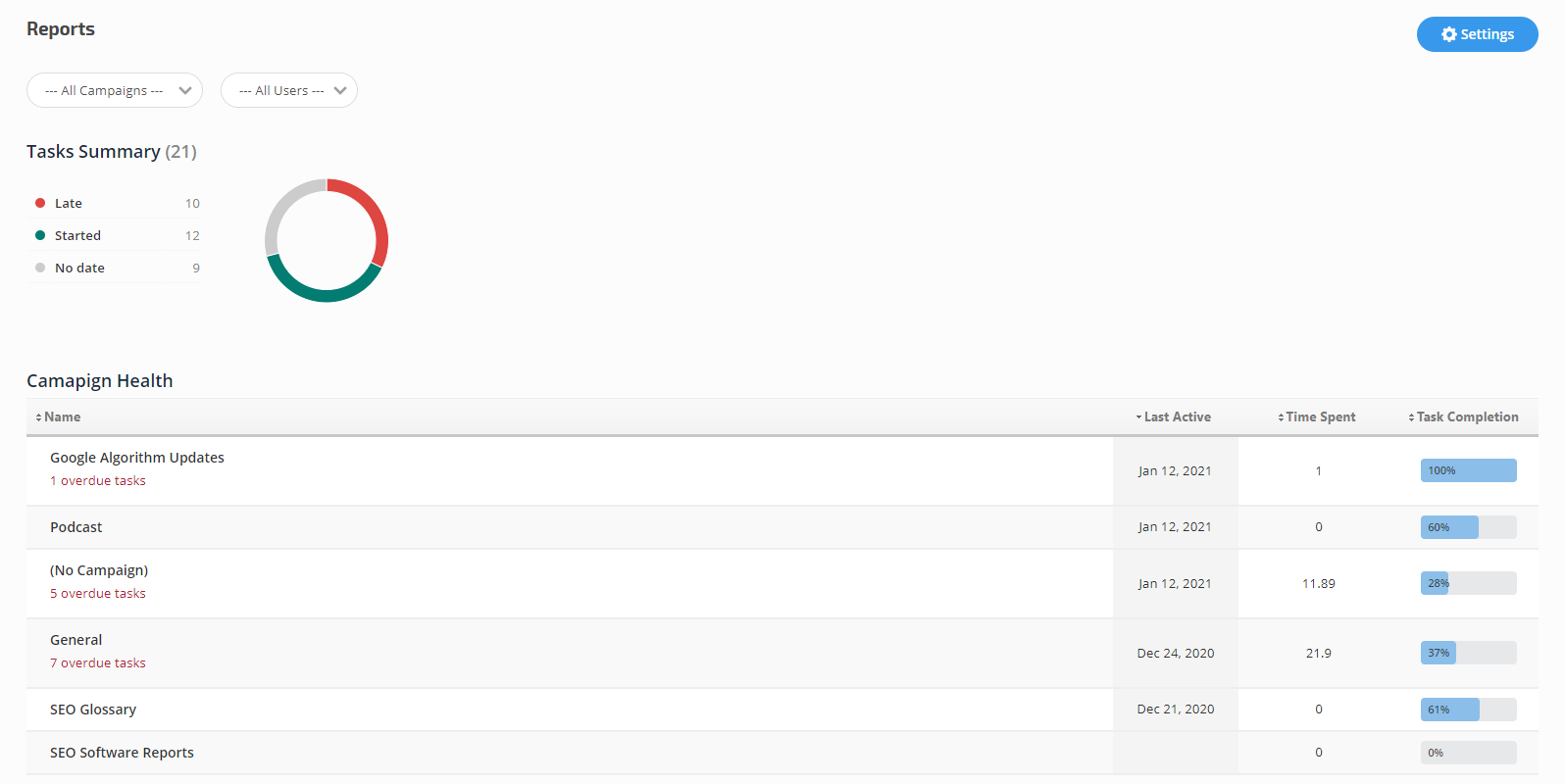 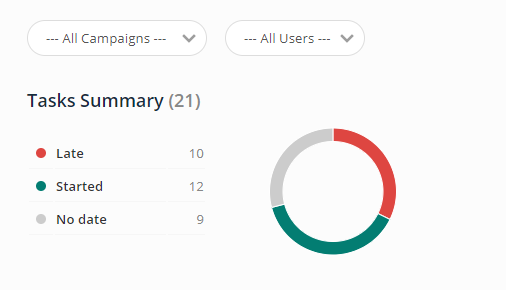 The second part of the Report - Campaign Health is a list of Campaigns the tasks assigned to. The tasks not assigned to any campaign will be combined under the name (No Campaign). The table displays the breakdown by Name, Last Active, Time Spend and Task Completion.
Name is the name of the campaign the tasks belong. Under the Campaign name the number of overdue tasks is displayed in red. The name of the campaign is linked to the Tasks List screen where all the tasks related to the selected campaign are listed with tabs for Open, Completed and Cancelled lists.
Last Active is the date of one of the task of that campaign was edited.
Time Spent is the accumulation of the Time Spent specified in all the tasks of that campaign.
Task Completion is the scale bar of the percentage of completion of all the tasks of that campaign.

The full Task Manager Report can be set to send weekly Emails with Campaign Health report to the user.