This feature is available to customers with Enterprise packages and is found in Campaign Settings > Portfolio Baseline. 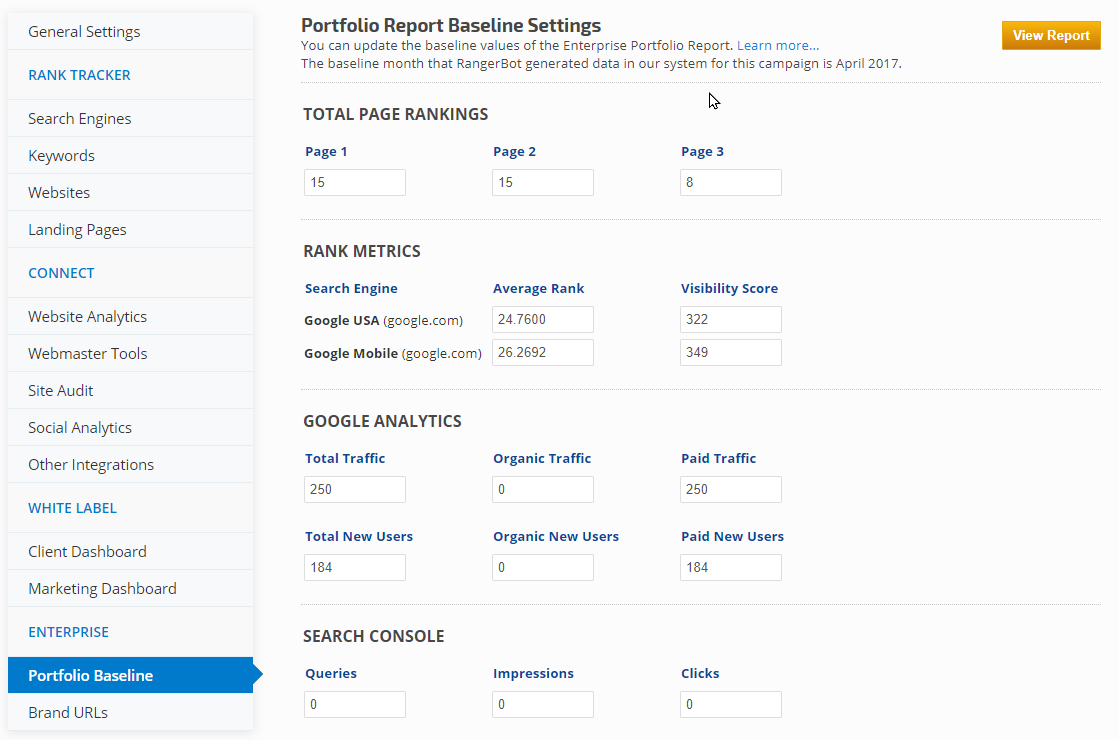 Video: How to Set Baseline Values

If you have website summary rank data from a time period prior to your campaign set update, you can modify the SERP page 1, 2 & 3 total page ranking baseline by entering those numbers in the corresponding fields.

If you want to use Average Rank and/or Visibility Score data from a time period other than the campaign start date as your baseline, you can enter that data in the corresponding Rank Metrics fields.

If Google Analytics tracking code was added to a website before the date that you want to establish a baseline to compare future results against, you can enter the preferred baseline values in the corresponding fields.

If Google Search Console (Webmaster Tools) tracking code was added to a website before the date that you want to establish a baseline to compare future results against, you can enter the preferred baseline values in the corresponding fields.

When you click the Save button, you should see this success message indicating that your changes have been updated and will be reflected in the Portfolio report.

Baseline metrics cannot be updated until the month after a campaign has been created (i.e., after the first report has generated). If the campaign is created in January, the baseline settings can be changed after February 1st.

If you click the Save button without making any changes to the metrics, you will receive a notice indicating that no changes were made. 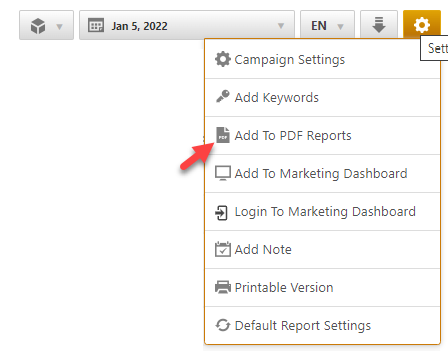 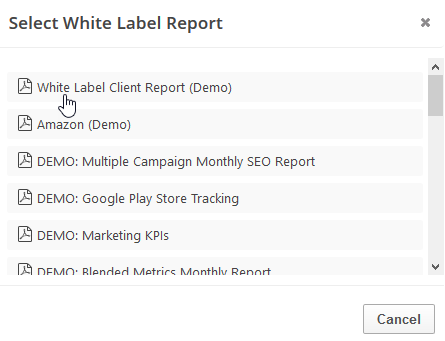 Drag the new report or graph into the position you want it to display in the PDF and confirm that the Date settings do not conflict with the automated scheduling settings.


Designed for marketing professionals who manage major brands or large numbers of clients, Rank Ranger Enterprise provides scalable access for teams, ensuring that everyone has the tools they need to be successful.

In addition to our standard plan features, Enterprise plans include: